Seattle-based Glympse has partnered with ChatON to enable its users to share their location with a friend through the Samsung-owned messaging platform. 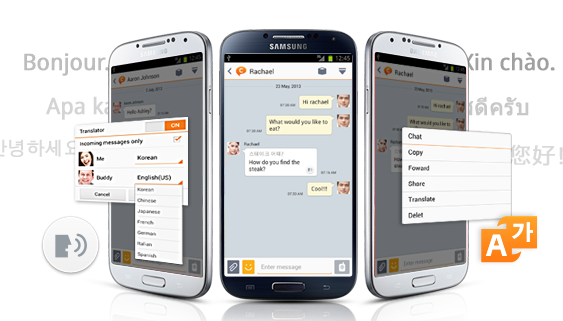 The announcement is being made today — or technically tonight in Barcelona — ahead of Mobile World Congress, the massive wireless show, that begins Monday.

While Glympse has announced a new partnership almost every month recently, this deal is particularly noteworthy because it is Glympse’s largest deployment on a messaging platform. Plus, it’s with a mobile messaging provider, similar to WhatsApp, which has been in the spotlight after Facebook said it would purchase it for a jaw-dropping $16 billion.

ChatON has 180 million users in more than 200 countries. It is available through all the major smartphone operating systems’ stores, including Google Play, Apple’s App Store, Blackberry App World, Windows Mobile and Samsung’s own feature phones.

ChatON will be licensing Glympse’s technology, which works a lot like Foursquare. The major difference is that Glympse’s location-sharing service is more private and isn’t restricted to one app. A person can share their location with one friend or a group of friends, and it can be shared for a set period of time. Glympse declined to disclose terms of the deal with ChatOn, but it will become available to all the platform’s users after a software update.