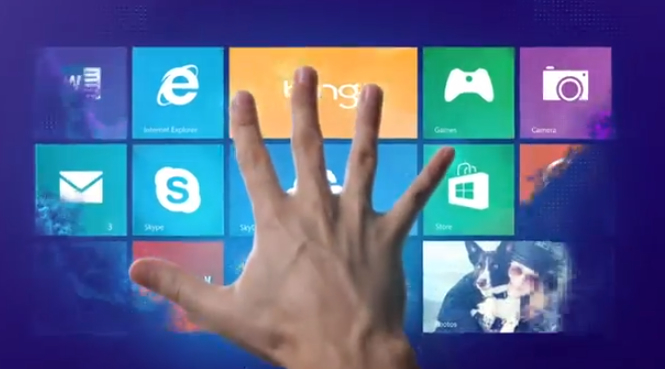 An update for Windows 8.1, scheduled for release this spring, will include a series of additional changes designed to make the operating system friendlier to people using keyboards and mice on traditional desktop computers.

Microsoft confirmed the plan and talked about some of the changes during a briefing at Mobile World Congress in Barcelona today. As shown in a series of recent leaks, the changes include activating a title bar when mouse users scroll to the top of the screen in a “Modern” Windows app, and a Windows taskbar when they scroll to the bottom.

The idea is to make it easier for keyboard-and-mouse users to navigate apps in the touch-friendly Windows 8.1 interface. Many traditional Windows PC users have been reluctant to upgrade to Windows 8 or 8.1 because of the big changes in the user interface that were designed to accommodate tablets and touch screens.

Microsoft Windows executive Joe Belfiore, who made the presentation in Barcelona, outlined the changes in a blog post. He wrote, “We are making improvements to the user interface that will naturally bridge touch and desktop, especially for our mouse and keyboard users. We have a number of targeted UI improvements that keep our highly satisfying touch experience intact, but that make the UI more familiar and more convenient for users with mouse/keyboard. Don’t worry, we still LOVE and BELIEVE IN touch… but you’ll like how much more smooth and convenient these changes make mouse and keyboard use!”

As detailed in the recent leaks, the update is also expected to make Windows 8.1 boot directly to the traditional desktop, bypassing the new Start screen by default on non-touch screen machines. With the release of Windows 8.1 last year, Microsoft added that boot-to-desktop capability as an option, but not as a default.

Other changes include the appearance of a power and settings buttons on the Start screen. Belfiore, who has extended his product oversight to Windows as part of Microsoft’s unified operating system group, also confirmed that Microsoft will make it easier for its hardware partners to build lower-cost Windows machines. Bloomberg News reported at the end of the week that Microsoft is reducing the price of Windows 8.1 for tablet and computer manufacturers by 70 percent, to $15, for devices that sell for less than $250.

A Microsoft slide captured by tech site AnandTech at the event confirmed that Microsoft will lower its requirements for these low-cost machines to as little as 1GB of RAM and 16GB of storage.