It was an epic night for geek sports as more than 150 competitors went head-to-head in our annual GeekWire Ping-Pong & Foosball Championships during the GeekWire Anniversary Bash at the Showbox SODO in Seattle.

The final in the expert ping-pong division featured a clash between two past champions, as perennial champ Valeri Kim, representing Akvelon, went up against last year’s winner, Avi Cavale of Shippable.

In the end, Cavale’s wicked serve won out, as he claimed his second straight championship — proudly donning the 3D-printed championship medal created by Nytec. A Jawbone and GoPro were also awarded to the finalists courtesy Fuel Talent.

In the intermediate division, Shuvadeep Chakraborty of AFour Technologies won a hard-fought match against veteran competitor Minh Le of Silicon Valley Bank. Chakraborty’s victory was not easy, as he emerged victorious from a giant field of more than 70 intermediate competitors, the largest tournament bracket in the history of this event.

And in the foosball competition, Kevin Broadwater and Doug Kilpatrick of EMC Isilon defeated Justin Elsberry and Aaron Regan of 47Degrees, claiming the grand prize of four passes to the Anheuser-Busch suite at CenturyLink Field for the Seattle Sounders-LA Galaxy soccer match in July.

Elsberry and Regan won tickets to the April 13 home opener of Seattle Reign FC, which had several players in attendance. It marked the third-straight runner-up showing for the 47 Degrees team.

Here are more pictures of the finalists in each tournament (click to open gallery), and see below for the completed brackets, to see how your favorites fared. A big thanks to everyone who attended the GeekWire Anniversary Bash, and to all of our sponsors for making it possible. See this earlier post  for more highlights and photos from the event. 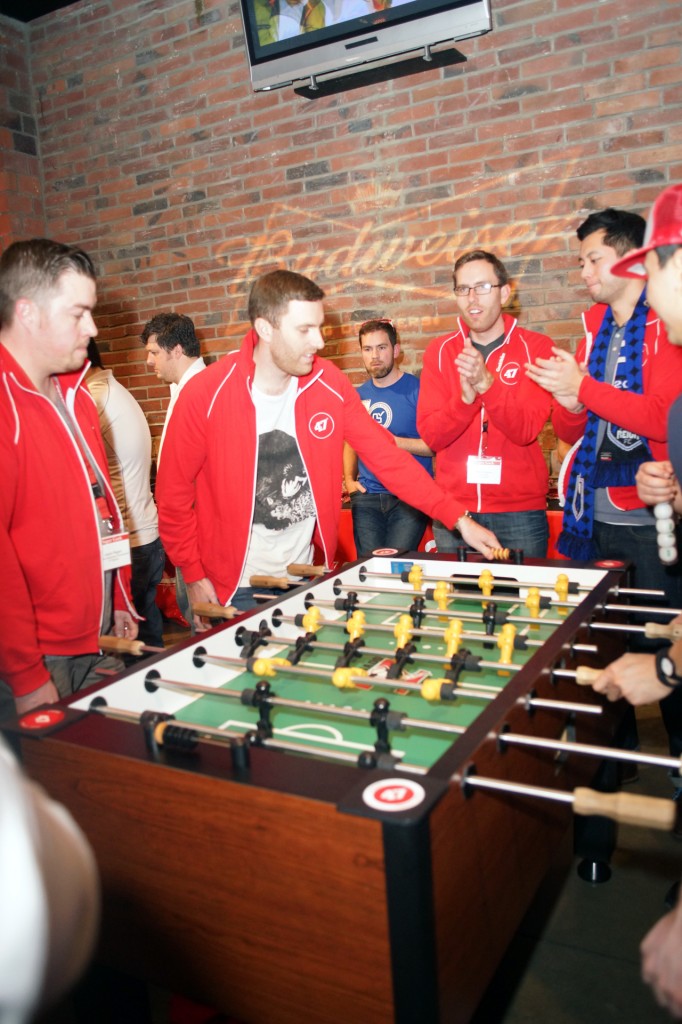 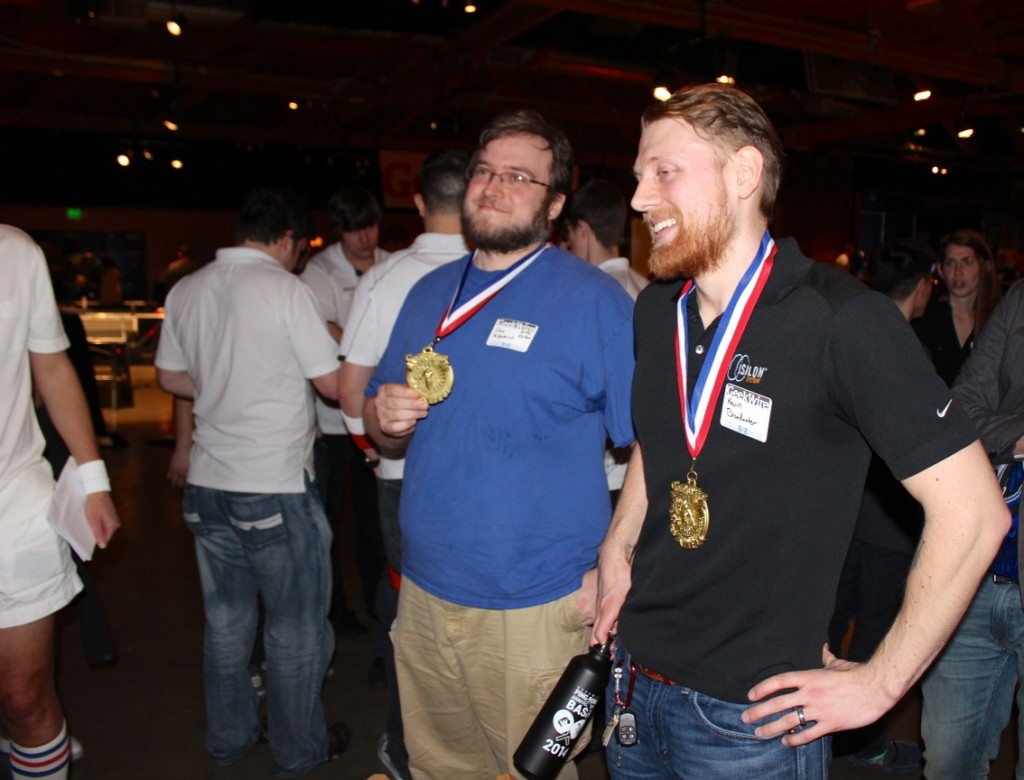 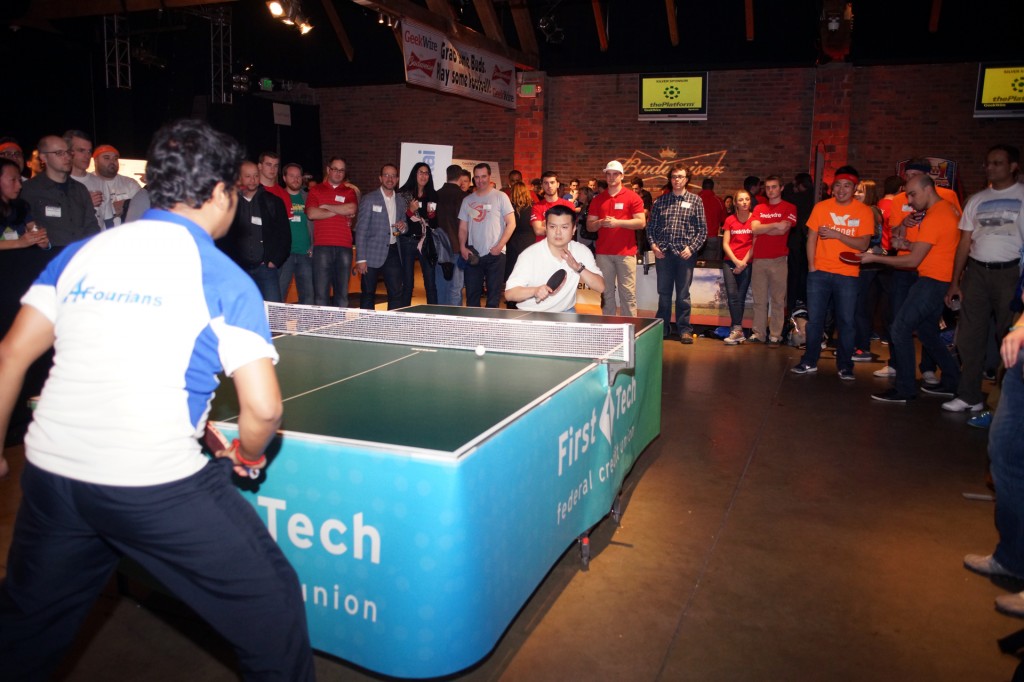 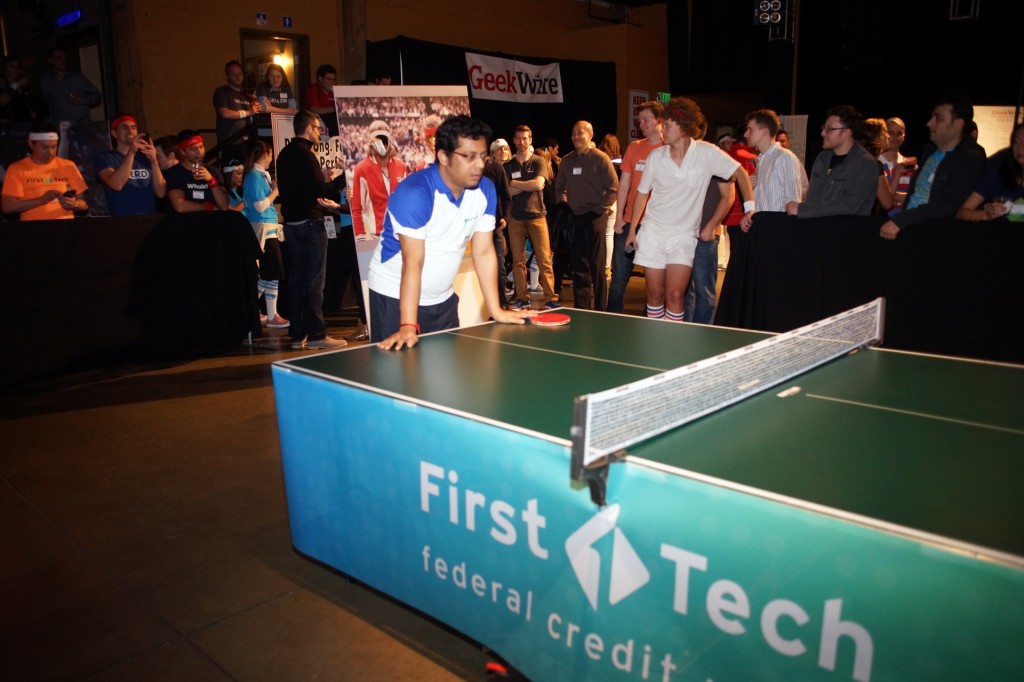 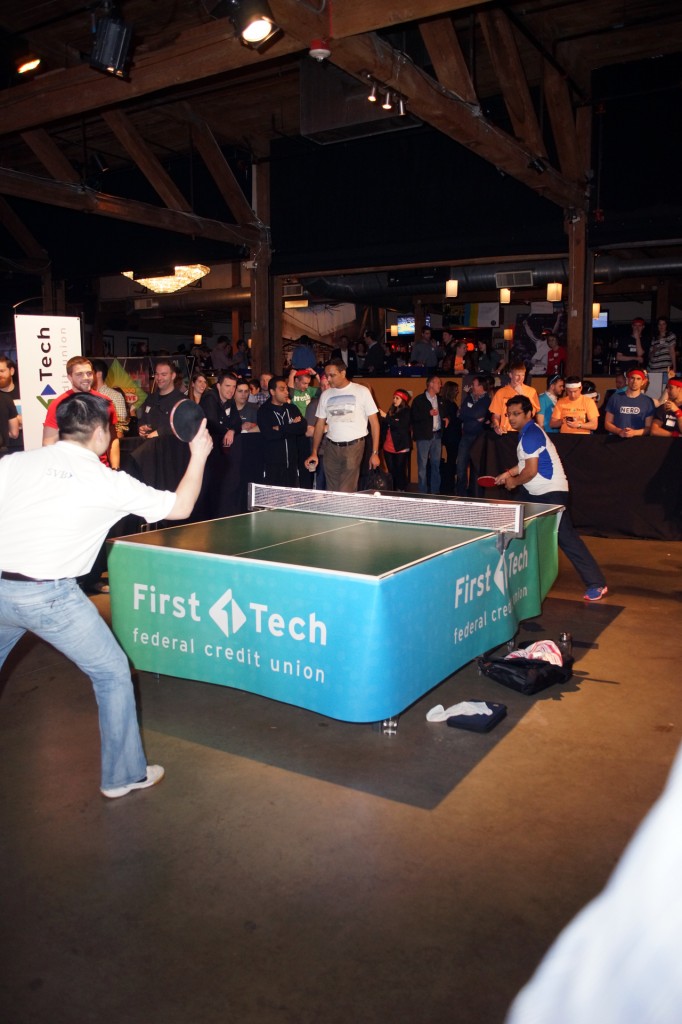 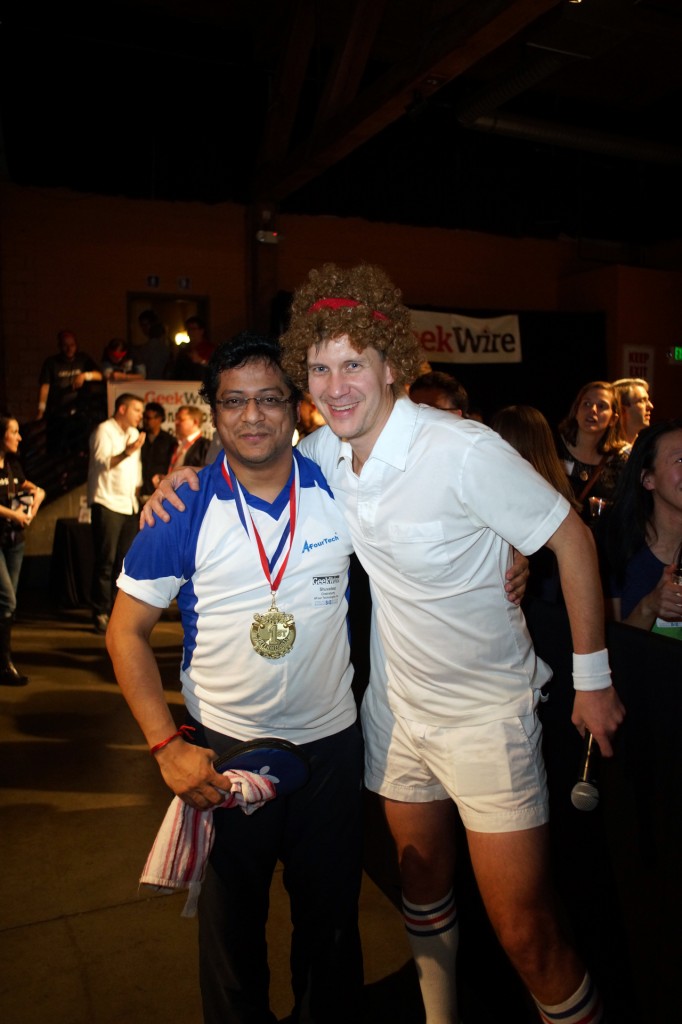 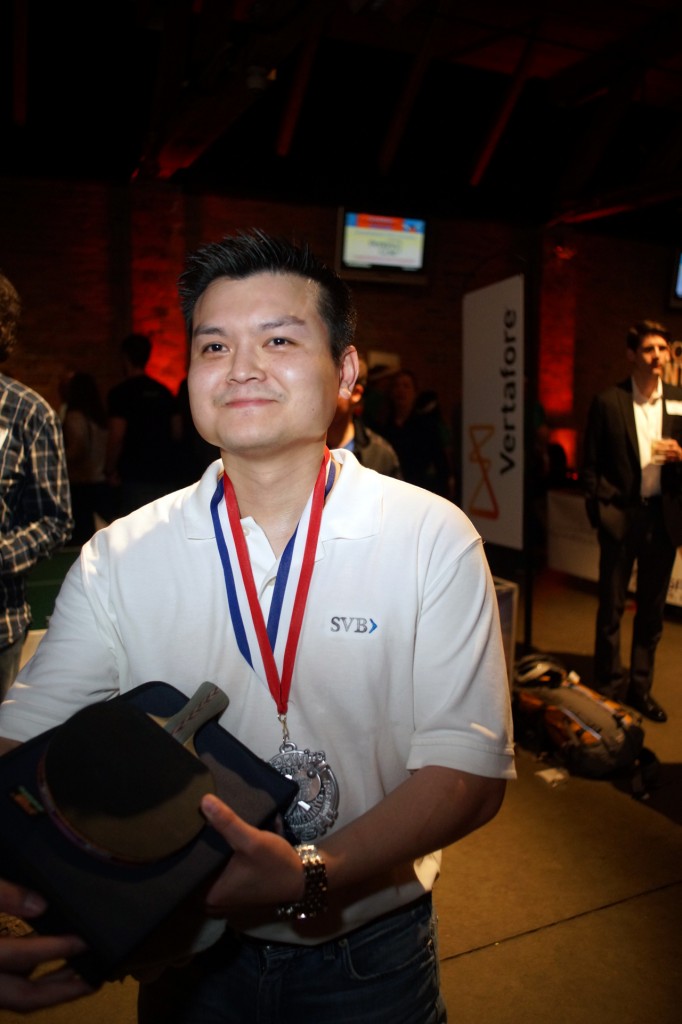 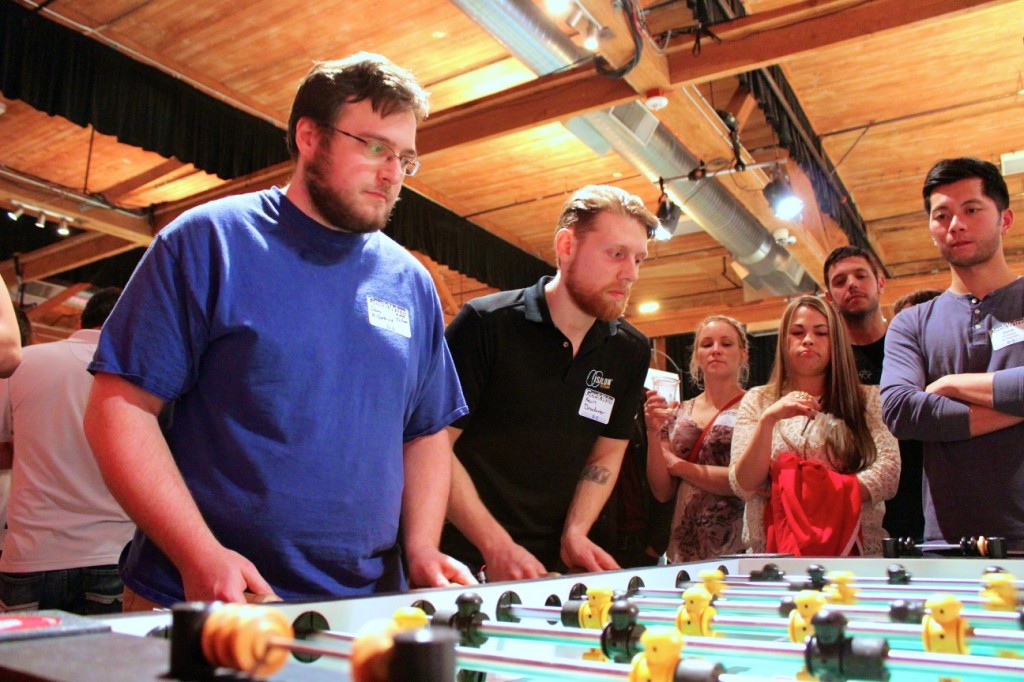 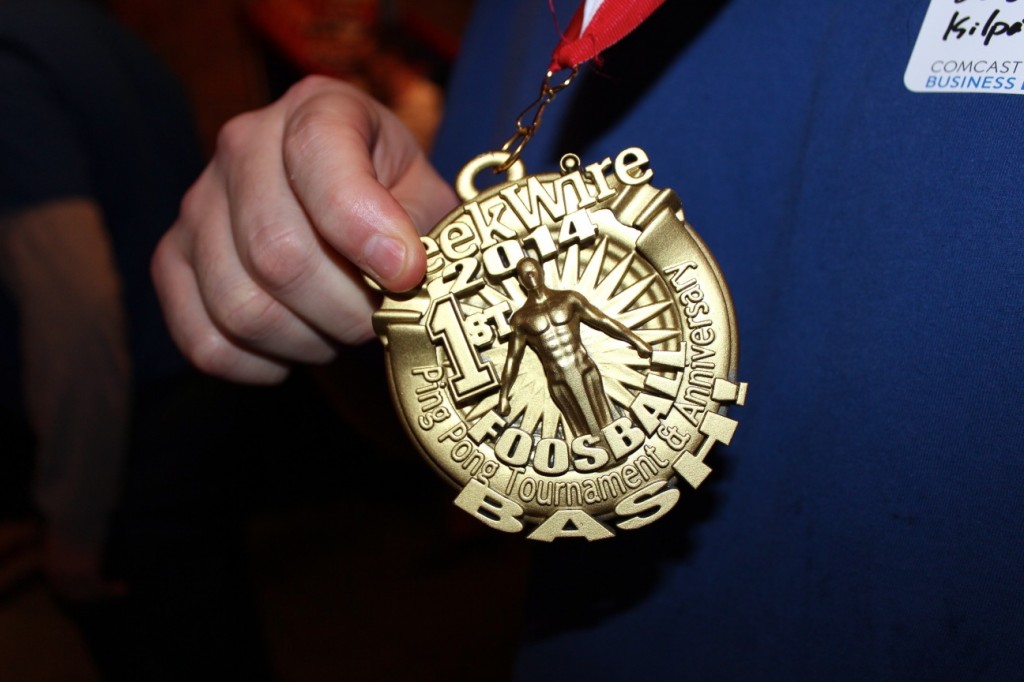 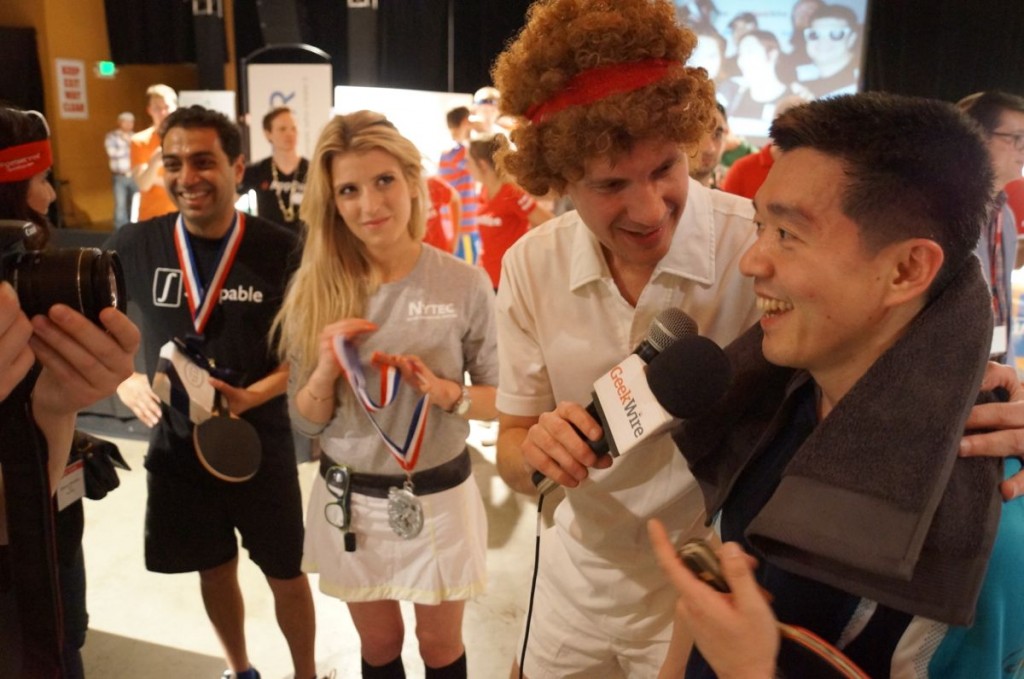 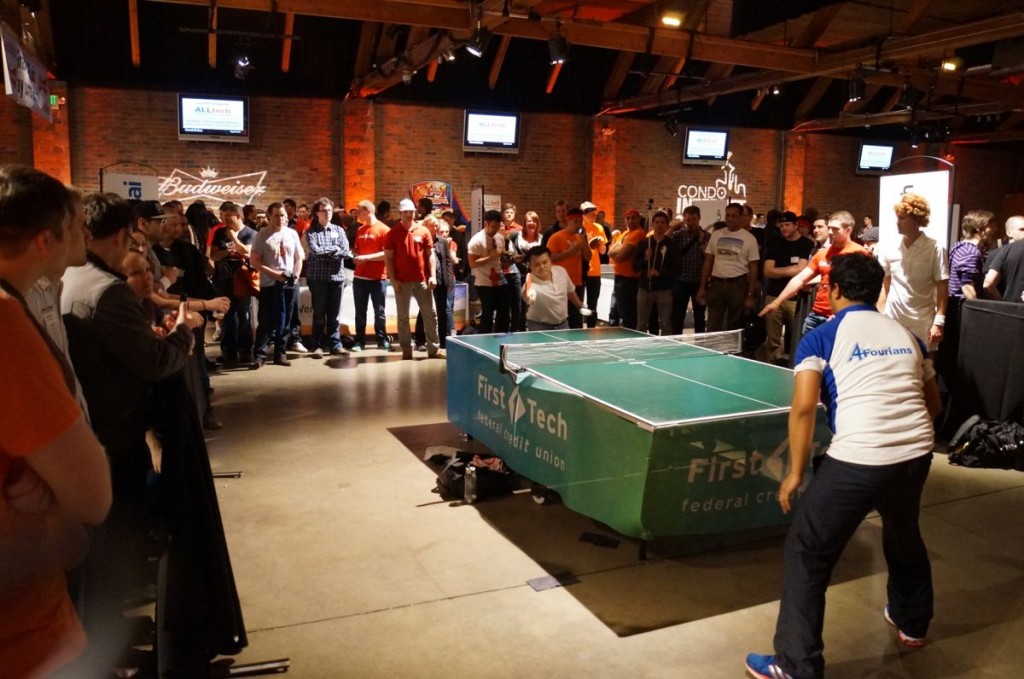 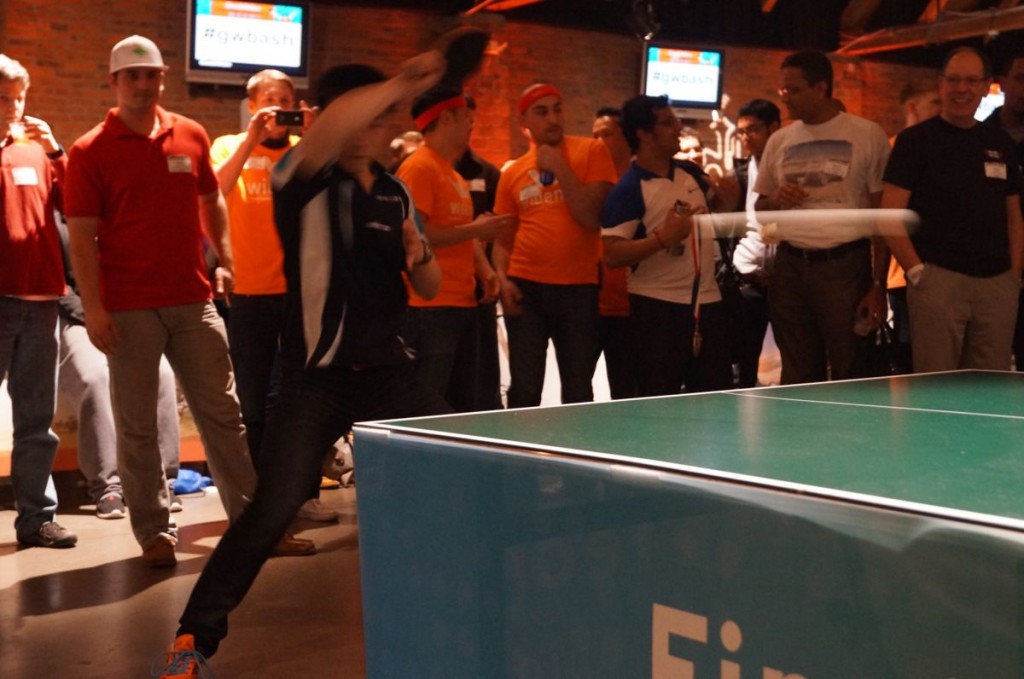 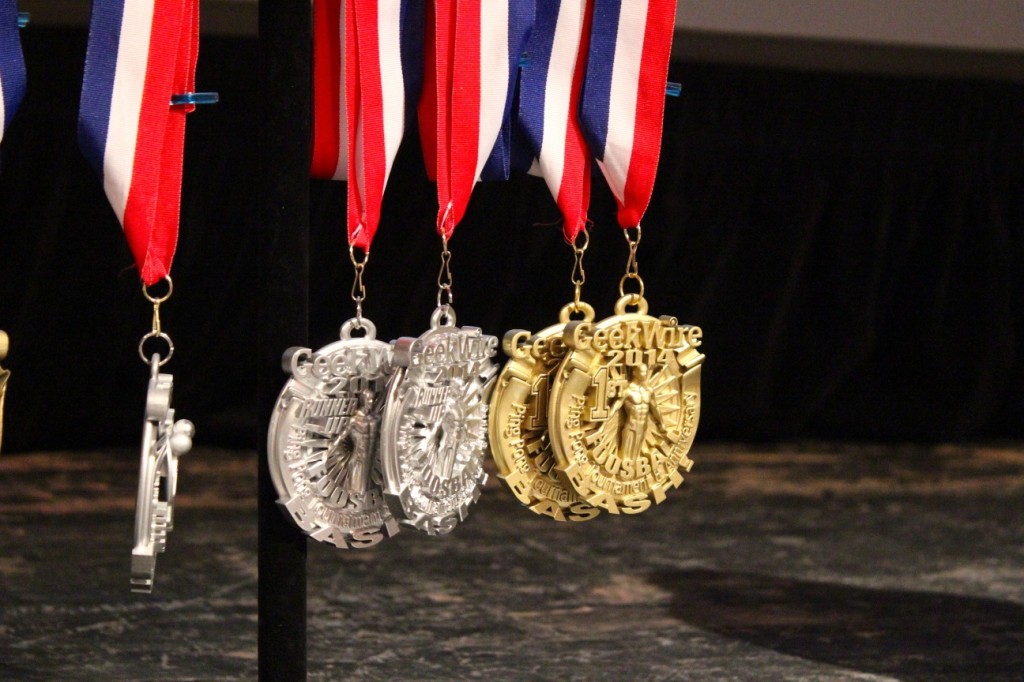 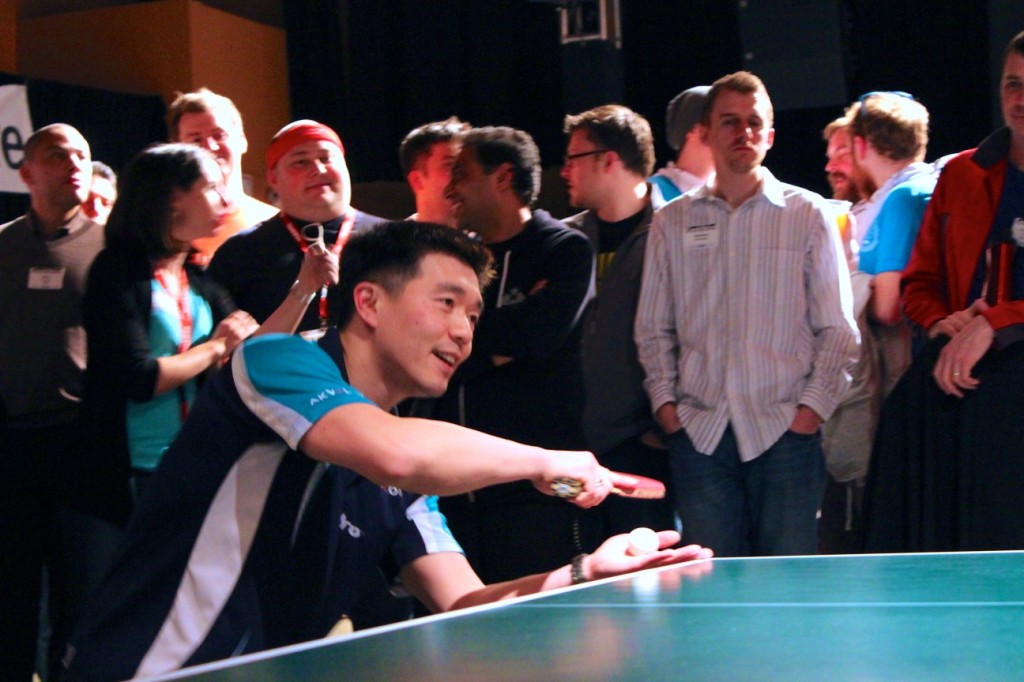 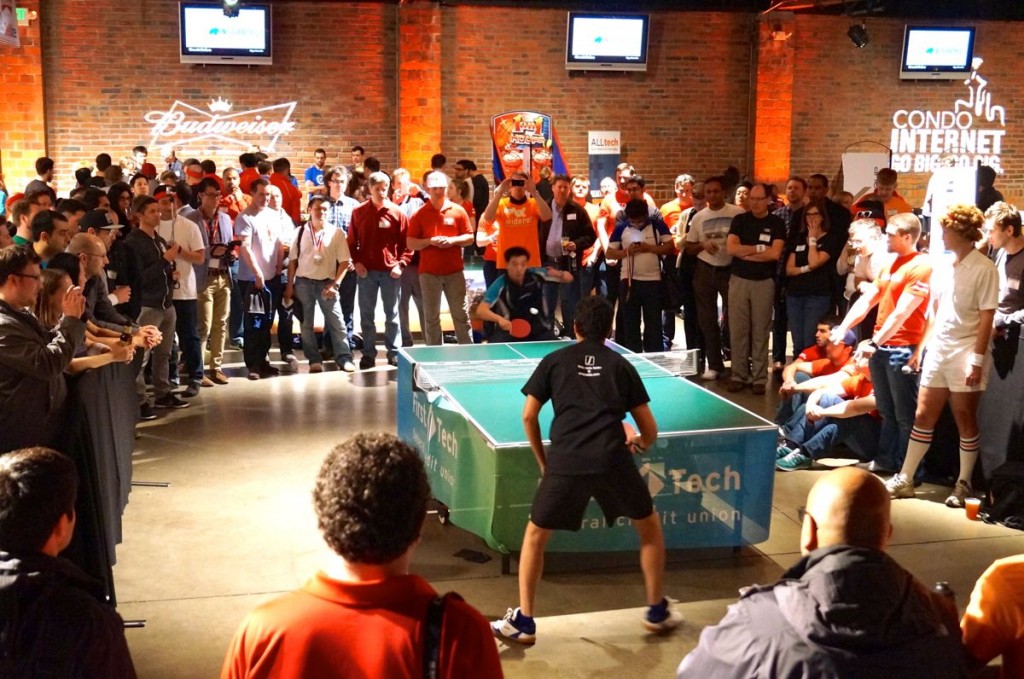 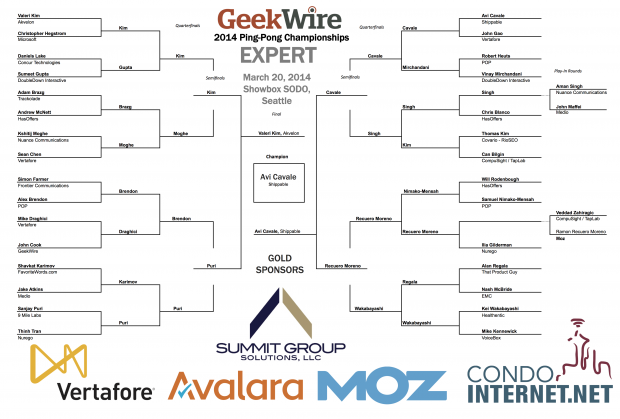 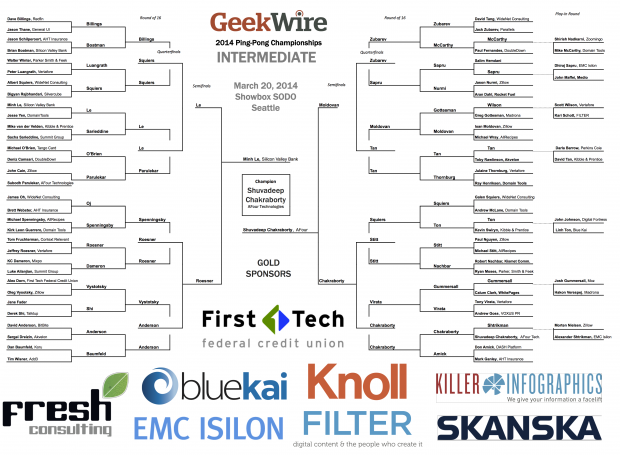 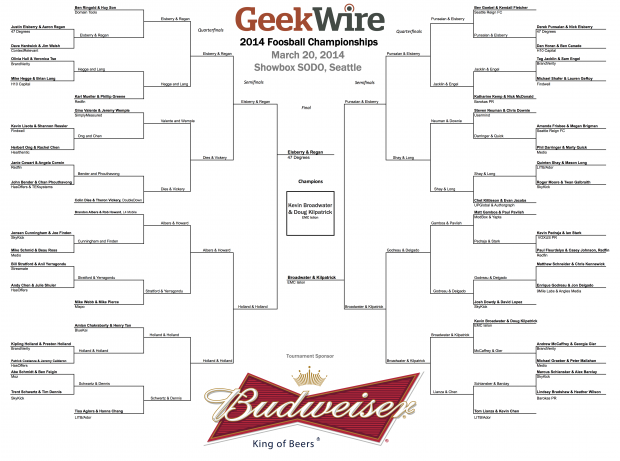