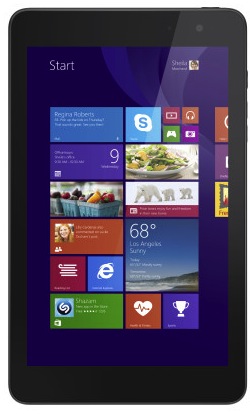 One of the surprises coming out of Microsoft’s Build conference yesterday was the news that the company will offer Windows at no charge for tablets and other devices with screens smaller than 9 inches.

This doesn’t include notebooks and desktops, but symbolically, at least, it’s a new era for a company that built its business by selling operating systems to PC makers at an enormous profit.

The move is a response to the rise of Android, and an attempt to get more device makers to consider Windows as an alternative. It signals a larger strategic shift under new CEO Satya Nadella, but in the short run, this isn’t going to cut into Microsoft’s bottom line, according to financial analysts who follow the company.

“Other than for Nokia phones, Microsoft has almost no share on these devices, so there is no impact to the business model,” said Nomura analyst Rick Sherlund in a note to clients this morning. “Monetization would be through an enhanced ecosystem if this helps attract share at this end of the market, a larger potential market for Office 365 and through placement of Bing and Skype and other cloud services. About 60% of tablets are of this size and all smartphones, so clearly it is Microsoft’s effort to remove any friction in attracting developers and partners in this market, and some revenue is better than essentially none today.”

He added, “This does not imply anything about pricing in the core PC business, where Microsoft has dominant market share, and Google Chromebooks with maybe 3% market share are probably not driving pricing pressures. Overall, we had factored in a 3% decline in ASPs (average selling prices) for this year, which seems appropriate.”

The question now is whether Microsoft will ultimately go forward with a free version of Windows for PCs, effectively subsidized by pre-installing Microsoft services such as Bing. The company was previously reported to be considering this possibility, but no official decision has emerged so far.

Microsoft’s Build conference continues this morning in San Francisco, and GeekWire’s Blair Hanley Frank is there covering the news, so check back.