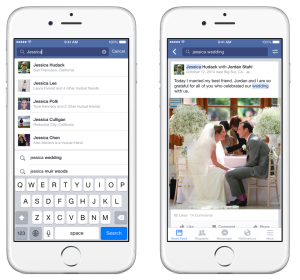 If you own a smartphone, odds are you’ve used an app made by Facebook or Google in 2014.

That’s the clear conclusion from new data released by Nielsen – yep, the same people who do TV ratings – based on the company’s tracking of smartphone users’ habits over the course of the year.

Of the top 10 most-used apps in the survey, 9 of them came from one of the two companies, with Facebook’s flagship app taking the lead with an average of 118 million unique users a month. Google dominated the list with its Search, Maps, Gmail, Google Play and Google+ apps, showing that pre-installing software on phones running there world’s most popular mobile operating system leads to some heavy use by consumers. 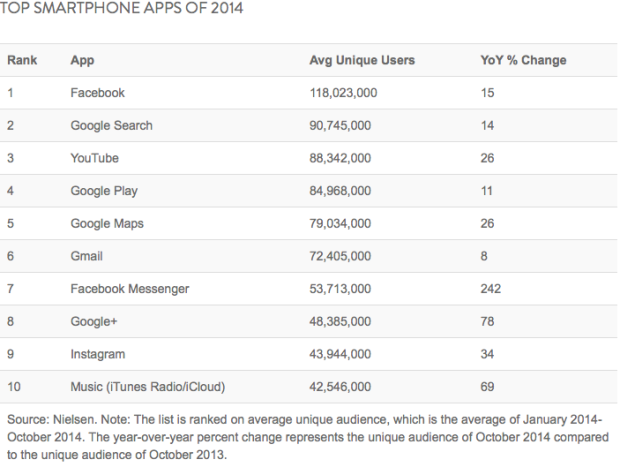 As expected, Facebook’s decision to require users install its Messenger app has paid off in usage share. The app had an average of almost 54 million users every month, a jump of almost 250 percent year-over-year. Instagram also saw heavy use, and took the ninth spot in the survey with an average of almost 44 million monthly users.

Overall, the results are fairly unsurprising. The top 9 apps are all cross-platform, and were produced by two of the largest internet companies that exist. Still, the rise of Messenger showed that it’s possible to crack the top 10 – though it takes nothing short of a herculean effort to get there.