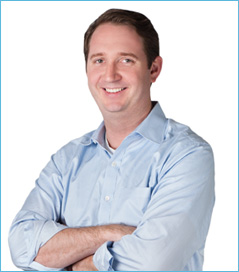 LivingSocial has finally announced who will be replacing co-founder Tim O’Shaughessy as CEO, seven months after he announced that he would be stepping down.

The Washington, D.C.-based daily deals company said today it has hired Gautam Thaker as CEO, reports Re/code. Previously, Thaker was general manager of eBay Advertising and CEO of eBay’s Shopping.com site. Thaker will also replace O’Shaughnessy as a director on LivingSocial’s board.

O’Shaughnessy confirmed the appointment in an email to GeekWire, adding that he is a “very smart, creative guy…He has very solid advertising and e-commerce experience.”

O’Shaughnessy, who announced that he would step down in January, said he had tried his best to see the company succeed. Similarly to Groupon, the company struggled once the daily deals fad had started to run its course. Groupon’s co-founder Andrew Mason was pushed out in 2013.

“I’ve given much thought to the many opportunities that stand in front of us and the benefits that could come from a new perspective and a new voice and approach at the top to lead us there,” O’Shaughnessy wrote in a letter to employees in January. “My responsibility is to recognize that now is the best time to transition leadership – when that full set of ingredients is available to be used most effectively to shape the company’s future.” 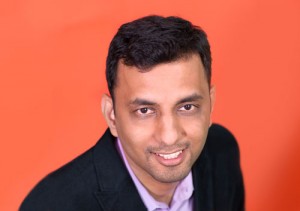 Thaker will face some of the same challenges that O’Shaughnessy was overwhelmed by: A desire and need to evolve from being just a daily deals site while having limited funds to invest in new projects.

Because of Amazon’s stake in LivingSocial, the e-commerce giant reports LivingSocial’s financials as part of its quarterly results. In the first three months of this year, it lost $177 million on revenue of $77 million, compared to a $45 million loss on revenue of $108 million in the same period a year earlier. The first quarter losses were negatively affected by the sale of its Korean operations, which required a $203 million loss from discontinued operations.

As of March, Amazon owned a 31 percent stake in the company, which was valued at $100 million.

Interestingly, while LivingSocial has struggled, Amazon has decided to invest heavily in the local space, including selling daily deals, but also new product areas, including a Yelp-like reviews marketplace and a rumored food delivery service.

This is the second recent executive poached from eBay in two days. Yesterday, Electronic Arts announced it had hired Ken Moss, who was general manager of eBay’s Seattle office, as its new chief technology officer.