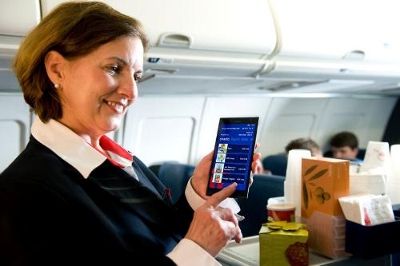 Days with Nokia’s Lumia 820 are over for flight attendants working for Delta Air Lines.

Instead, they’re getting a nice little upgrade and will be using the bigger Windows 8.1-powered Lumia 1520 “phablet” by the end of 2014.

The 20,000 flight attendants will use the device to access the on-board manual, allowing Delta to ditch the 500-page, five-pound paper manuals which will save the company more than $1 million per year in reduced fuel and printing costs. 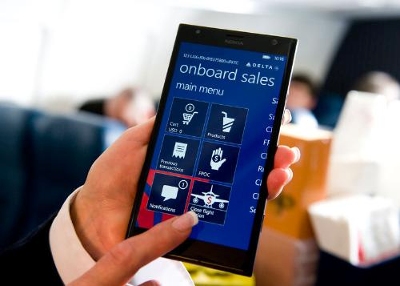 The Lumia 1520, which features a 6-inch wide screen, will also be used to process customer meal orders and receive information on each passenger — features that were already available with the Lumia 820. The devices will operate on Wi-Fi and AT&T’s LTE network.

Delta pilots this year will also be using a Microsoft product, swapping their iPads for the Surface 2 tablet in the cockpit. American Airlines is also equipping their flight attendants with new devices, too, but opted for Samsung’s tablets over Apple and Microsoft.

Microsoft’s $7.2 billion acquisition of Nokia’s devices and services business is expected be completed this month.