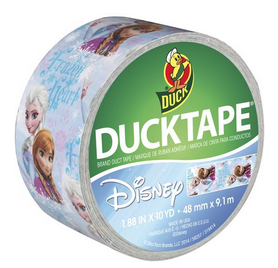 Amazon released its annual post-Christmas holiday sales rundown this morning — the one in which the company makes lots of fun comparisons to make its sales sound impressive, without giving any truly meaningful numbers.

For example, according to the company, “Assuming the average customer moisturizes twice per day, Amazon sold enough O’Keefe’s Hand and Foot Cream to provide a lifetime supply to the entire Seattle Seahawks football team roster.”

What the heck? Just try to reverse-engineer that calculation!

Also, “The total length of Duck Brand Disney Frozen duct tape purchased by Amazon customers this holiday season could stretch to the top of Disneyland’s Matterhorn more than 729 times.”

And this one: “Amazon customers purchased enough Elsa dolls to reach the top of Cinderella’s castle 855 times.”

Hey, if you’re going to make that comparison, shouldn’t the point of reference be Elsa’s Ice Castle?

Yes, the list proves that it was definitely a “Frozen” Christmas, with branded items from the popular Disney movie representing a big portion of items under the tree this year, at least in homes with with young kids.

So what else was big? Here are more “holiday fun facts” from the Amazon announcement.