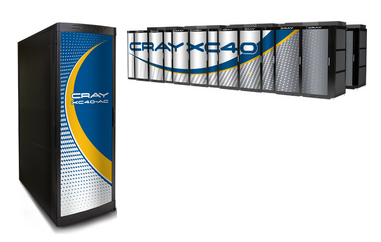 Seattle supercomputer maker Cray Inc. today announced that it has received a contract spanning multiple years from the Met Office in the United Kingdom, a deal worth some $128 million.

The deal — for multiple Cray XC supercomputers and Cray Sonexion storage systems — is the largest international deal in the company’s history. The Met Office is the U.K.’s national weather service, known for its accurate forecasting systems. The news was released after the close of markets on Monday. Shares of Cray, now valued at $1.2 billion, are up seven percent so far this year.

“We are very excited about this investment in UK science,” said Met Office Chief Executive Rob Varley in a press release. “It will lead to a step change in weather forecasting and climate prediction, and give us the capability to strengthen our collaborations with partners in the South West, UK and around the world. The new Cray supercomputers, together with improved observations, science and modeling, will deliver better forecasts and advice to support UK business, the public and government. It will help make the UK more resilient to high impact weather and other environmental risks.”

“We are truly honored that one of the most prestigious weather centers in the world has awarded us with the largest international contract in Cray’s history,” said Peter Ungaro, president and CEO of Cray, in a release. “The award is symbolic for Cray on a number of fronts – it demonstrates that our systems continue to be the supercomputers of choice for production weather centers across the globe, that our close relationship with Intel is providing customers with enhanced capabilities today and into the future and it reinforces the role that Cray plays in impacting society on a daily basis in a wide range of areas.”

The Cray systems are expected to be delivered between 2014 and 2017.