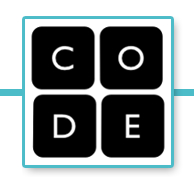 The Seattle-based organization today launched a crowdfunding campaign that aims to raise $5 million in order to introduce 100 million students around the world to one hour of coding lessons.

Primarily through its Hour of Code program, Code.org has already helped expose more than 44 million students to coding. But to reach 100 million, the non-profit needs some extra funding to help train teachers worldwide and reach the 90 percent of schools that don’t teach computer science.

More than 29 companies, including Microsoft, Google, and Salesforce.com, have partnered with Code.org for the campaign, which the organization says is the largest non-profit crowdfunding project on Indiegogo. Those companies, along with individuals like Bill Gates and Reid Hoffman, will help match each donation on the campaign dollar-for-dollar. Seattle-based Zulily, Redfin, Zillow, and Whitepages are also participating in the campaign.

Founded last year by brothers Hadi and Ali Partovi, Code.org offers free online learning courses to help expand participation in computer science. The organization hopes to raise the $5 million by the end of Computer Science Week on Dec. 14 and reach 100 million students by the end of 2014.