People looking for another way to share images with friends for a short period of time have a new tool at their disposal. Yovo, a new app for the iPhone from ContentGuard, is designed to make it easy for people to share private photos with their friends while gating what they want to keep private.

The app’s marquee feature is a new “D-fence” system that rapidly flickers a set of blurred lines over a picture in order to disrupt people who try to take a screenshot of what’s shared through the app. According to ContentGuard Chief Product Officer Scott Richardson, the flickering will happen fast enough that people will be able to clearly see the image, but will prevent detailed screenshots.

People can share their photos widely with friends, or choose to message them to a handful of people in the app, in a manner similar to what Snapchat offers. Richardson said that he sees Yovo more as an “ephemeral Instagram” than as a messaging service, since the posts people make are usually shared in a feed with a group of friends.

So, why did this Dallas-based company which is best known for its work on digital rights management decide to wade into a space that’s crowded with bigger players? After all, ephemeral messaging apps these days are a dime a dozen. Heck, Facebook tried to catch Snapchat’s lightning in a bottle with Slingshot and failed miserably.

Richardson, who previously served as the Chief Strategy Officer of Clearwire, said that ContentGuard has an advantage over the new entrants in the ephemeral messaging space because of its history. ContentGuard spun out of the Xerox PARC research laboratory, and is built on digital rights management research that led to more than 260 patents. Now, the company wants to take all its skills with DRM and bring them to the consumer sphere.

“About a year ago, we were looking, as many others have, we looked at the messaging space, and we were looking at kind of pivoting the company, which really was sort of rooted in DRM,” he told GeekWire in an interview. “We thought ‘Why can’t consumers protect the content they’ve created once they’ve shared it with others?'” 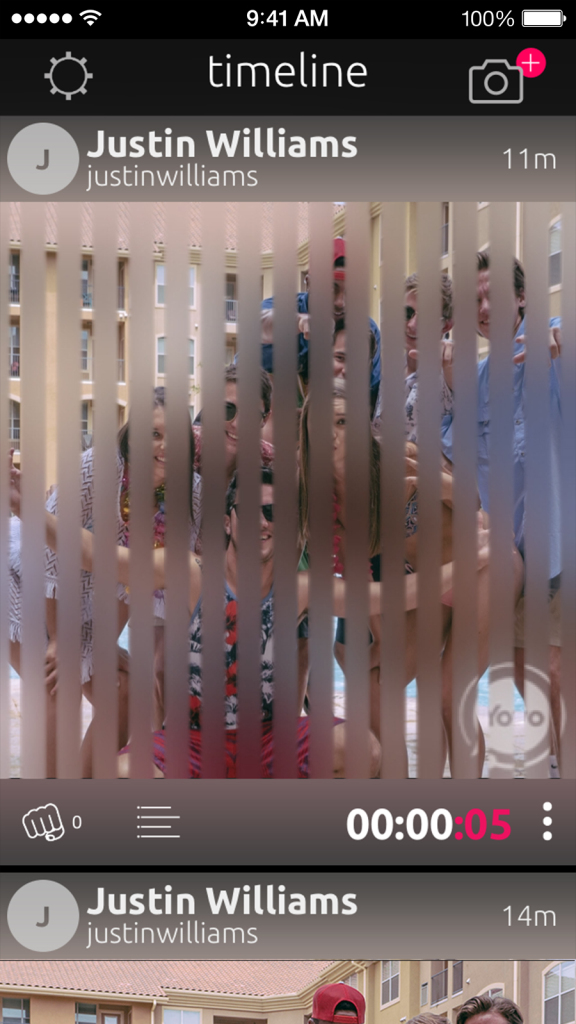 Yovo also differentiates itself when it comes to sharing: people who don’t use Snapchat don’t know what they’re missing from their friends unless they hear about it second-hand. Yovo, by comparison, allows users to share the altered images with their friends through other forms of social media like Facebook, Twitter and text messages.

There’s one catch, though: in order to view the original, un-adulterated images, people have to download Yovo. The goal is for this to create a cycle of growth that spreads Yovo throughout friend groups. It’s also a good way to get around the all-or-nothing nature of other social apps, since users don’t have to exclude their friends who don’t have the app when sharing with Yovo.

The sharing features will help Yovo overcome some of the problems with network effects in the app’s infancy, but it still remains to be seen whether people will take a chance on an ephemeral photo sharing app that isn’t Snapchat. It’s certainly different from the other entrants in the space, but different may not be good enough to attract people who are already sold on a particular ecosystem.

Whether or not Yovo takes off, consumers will probably see more ephemeral solutions from ContentGuard. After talking with Richardson, it’s clear that the company wants to bet on growing its consumer business in the future, and Yovo is just a first step.

“With Yovo, we’ve really built an ephemeral cloud platform, and really the mission is putting control in the hands of consumers who generate content, and giving them the flexibility to share with their friends,” Richardson said.