At the start of the year, Seattle-based trade school Code Fellows asked experienced developers to explain how they originally learned to code in an effort to help those interested in the field. 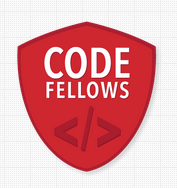 Now, a little more than a month later, the school is launching two sets of 4-week evening introductory programming courses for those with limited technical backgrounds.

The first course, Fundamentals of Computer Science & Web Development, will cost $500 and be held twice a week beginning March 3. A set of secondary courses focusing on specific software stacks will be offered in April at $1,500 each.

The idea is to prepare first-time coders for Code Fellows’ eight-week bootcamps, which guarantees that its graduates will earn at least $60,000 within six months after graduating — or they will refund the entire tuition cost.

However, if a student only completes the eight weeks of new introduction courses, that salary guarantee is off the table. To apply for the new courses, head here.