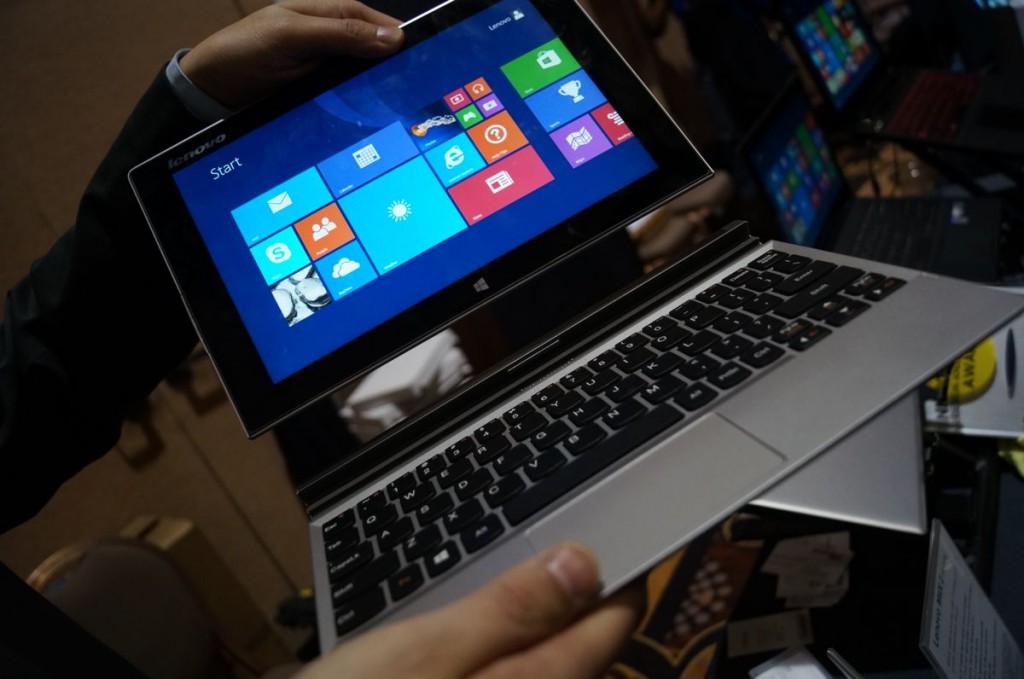 LAS VEGAS — PC makers have tried all sorts of approaches to make notebooks work as tablets — bending, twisting and more. At a preview of the Consumer Electronics Show today, Lenovo showed a hybrid notebook/tablet, the Miix 2, where the keyboard attaches and detaches from the screen using a magnetic connection.

It’s the latest attempt by PC makers to accommodate the dual tablet/notebook nature of Microsoft’s Windows 8. Take a look with our quick video preview below, with details from Lenovo product manager Yang Chun.

The approach is similar in some respects to the approach Microsoft has taken with the Surface tablet, but in that case the keyboard is significantly lighter than the more traditional keyboard used as a dock with the Mixx 2.

Handling the device at the Lenovo booth here the afternoon, the connection between the keyboard and screen didn’t feel nearly as snug as with the Surface, but it did stick solidly when I dangled the screen upside down from the keyboard. (Although I think I made the Lenovo reps a little bit nervous when I did that.)

The device works in multiple modes, including a reverse mode where the keyboard acts as a stand, with a speaker array on the rear rim for watching movies. Slated for release this quarter, it’s available in 10- and 11-inch models, starting at $499 for the 10-inch device, and $599 for the 11-incher. It runs Windows 8.1 (not RT). 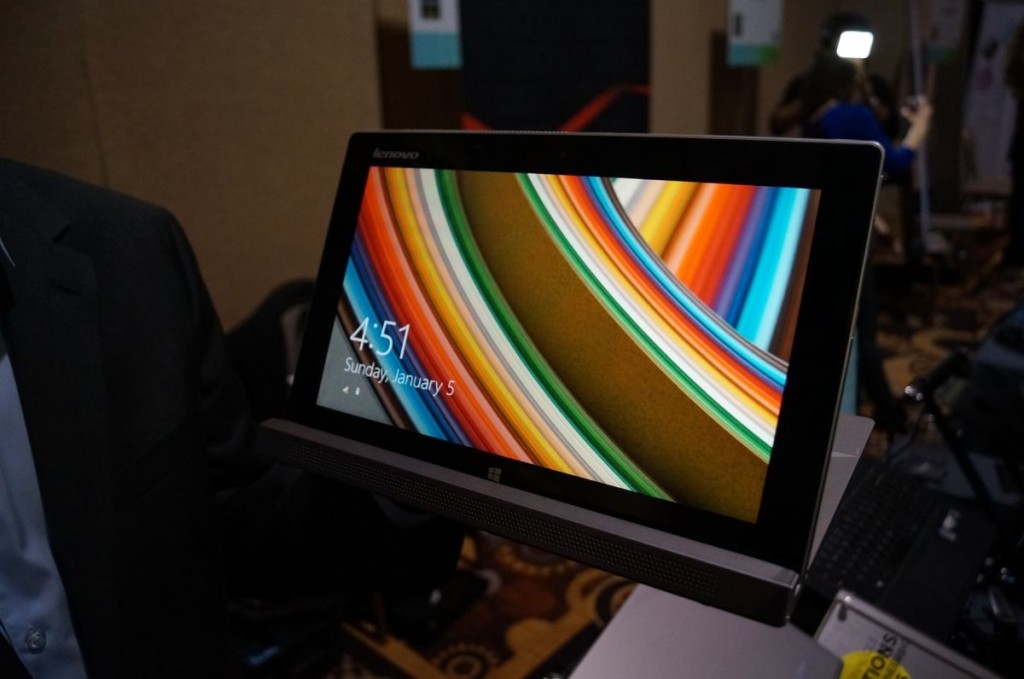 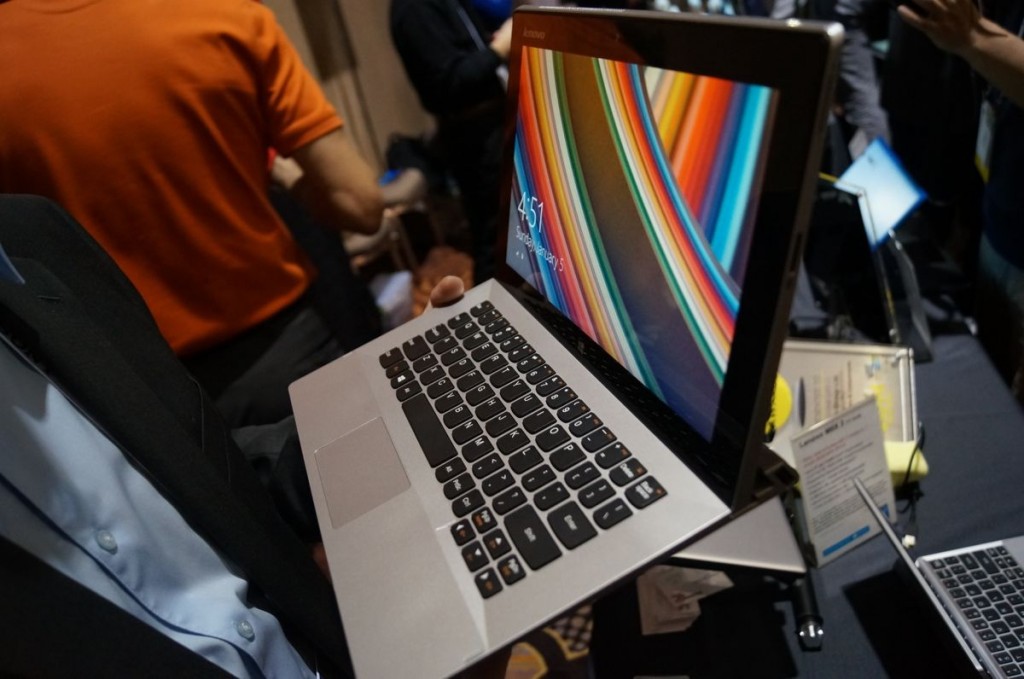 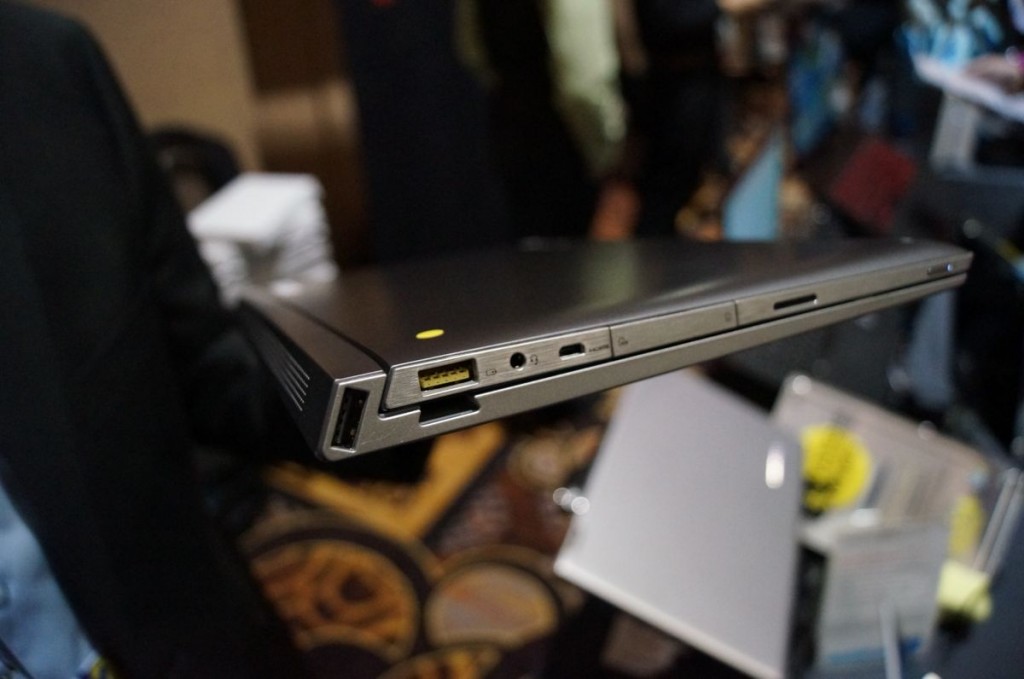