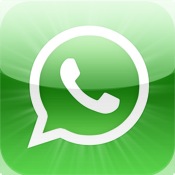 Some scoffed when Facebook CEO Mark Zuckerberg claimed this week that the $19 billion purchase price for WhatsApp was a bargain.

And while it represents the biggest M&A deal of a venture-backed company ever, Zuckerberg has a point when you look at WhatsApp’s price per user, which is actually far lower than some other big-names.

WhatsApp, a mobile messaging application, boasts about half a billion users. 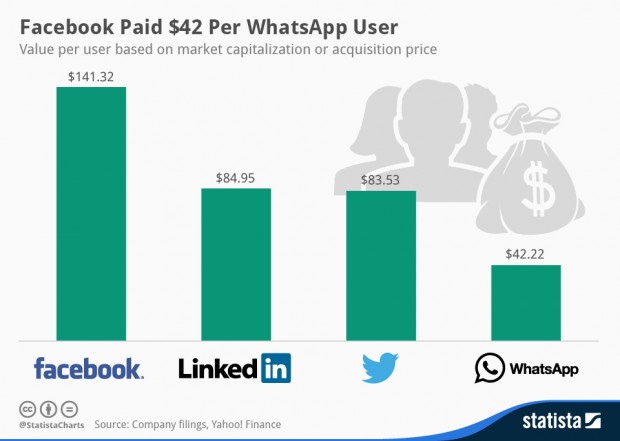 Even more interesting, the folks at Brightside put together an interesting historical analysis of cost-per-user, showing that the price tag on WhatsApp is actually fairly modest compared to some other big deals.  The discrepancy in cost-per-user in their chart is that they used the $16 billion acquisition price — which does not include the $3 billion worth of restricted stock units granted to WhatsApp employees.

In the Brightside analysis, Facebook actually paid less per user for WhatsApp ($35.56) than Google paid for YouTube ($48.53). Google paid $1.65 billion for YouTube back in 2006, a deal that seems like small potatoes compares to the WhatsApp deal.

Of course, acquisitions only matter if the acquiring company can make something out of them. In the case of YouTube, one could certainly argue that Google made its money back, and then some.

Will that happen with WhatsApp?

Zuckerberg is confident, saying this week that other messaging apps are monetizing at about $2 to $3 per user.

“If we can do a pretty good job of helping WhatsApp to grow, it’s going to be a huge business,” he said.