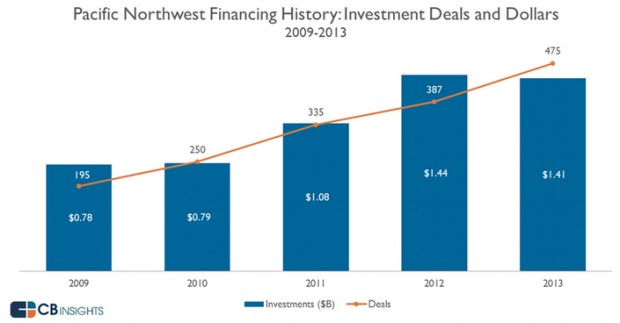 The Pacific Northwest may be home to Microsoft, Expedia and Amazon.com. But the region’s startup ecosystem is growing in size, according to a report released today by CB Insights. 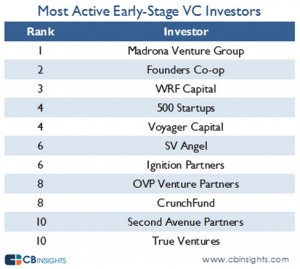 “Over the past five years, total funding to the Pac-NW has doubled, seed funding has grown, and top tech acquirers have been actively buying in the region,” the report notes.

The tech economy is firing on all cylinders right now, helping to bolster those numbers.

In fact, several large financing rounds — including those for Juno Therapeutics, Apptio, Avalara and Redfin — have added to the totals.

Even though those companies reeled in large multi-million rounds, seed investment is on the rise, now making up 35 percent of the dollars invested. That’s up from 18 percent in 2009, a significant jump indicating that early-stage investors are actively putting money to work in the region. 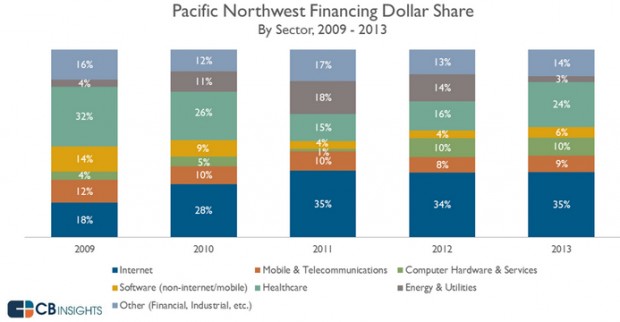 Of course, much of that capital is being driven from out of the region, something that has historically been the case. Four of the top 11 early-stage investors in the region are from outside Washington and Oregon, including True Ventures, SV Angel and 500 Startups.

Madrona Venture Group continues to be the top investor in the region at the early and mid-stage, while Ignition is listed as the most active late-stage investor.

The fact is Seattle area startups have few options to raise money at the later-stage, and nearly all of them head to the East Coast or Bay Area to bring in those dollars. Zulily and Tableau — both of which completed IPOs last year — raised money from outside the region before going public. (Zulily from Meritech, Andreessen Horowitz and others and Tableau from NEA and Meritech).

Google is the top acquirer with seven acquisitions since 2009, including the most recent quiet deal for Alpental Technologies. They were followed by Yahoo, Wal-Mart, Nuance, Amazon, Intuit, Avanade and Microsoft.

You can view the entire report here.