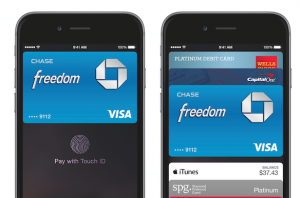 Amazon has confirmed it will support Apple Pay, putting to rest rumors it was rebuffing Apple’s entrance into the mobile payments business.

After Apple launched Apple Pay on Monday, Amazon customers discovered they couldn’t add their Amazon Rewards Visa cards to their digital wallets despite the cards being associated with Chase, one of Apple’s major launch partners.

But an Amazon spokesman confirmed to GeekWire this evening it is working to enable the Amazon.com Rewards Visa Card for use on Apple Pay, although declined to say when it would be available.

Rumors started circulating yesterday on Twitter after an Amazon credit card holder complained that Amazon wasn’t only not supporting Apple Pay, but had opted out of it. “Wow,” tweeted Bryan Haggerty, who said he had received his information from a Chase representative.

The tweet perhaps received additional credibility after Chase chimed into the conversation, providing a list of Chase products that support for Apple Pay, for which Amazon was not one. The message was passed along 174 times and received 59 favorites by Haggerty’s more than 20,000 followers.

Chase reps states that the Chase Amazon Visa is their only consumer card not compatible with Apple Pay. Amazon opted out. Wow.

A Chase spokesman confirmed to GeekWire that Amazon is not supporting Apple Pay initially, but did not provide a reason. More than a dozen credit cards from Chase are eligible to participate in Apple Pay, including rewards cards from AARP, Disney and British Airways. 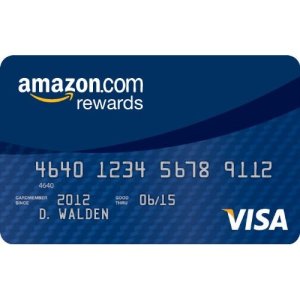 Amazon’s credit card is pretty low-tech service, offering perks like 3 percent back on Amazon.com purchases, but in July, Amazon did roll out Amazon Wallet, an Android application that allows customers to save gift and loyalty cards to the phone. Amazon is not currently enabling payments through Amazon Wallet, even though it clearly has the resources to enter the space.

On Monday, banks were quick to start promoting Apple’s new digital wallet service, hoping to become everyone’s default card. Even though the service allows you go add multiple cards to your wallet, there’s one main card that customers will regularly be using.

For now, Amazon cardholders will have to load an alternate card into their wallets to make payments at select businesses and within particular apps using Apple Pay.