Trending: The definitive account of Amazon’s perilous ambition: Key scenes from PBS’s epic investigation
Amazon is good at delivering on its promises.

Customers trust that when they click buy button, the item they ordered will arrive promptly at your doorstep — sometimes a day early.

But the jury is still out on whether customers will also trust Amazon to provide a host of other goods and services that have very little to do with shopping.

On Wednesday, the Seattle company is preparing to show off what could be its biggest hardware innovation yet — a cellphone, which has evolved into a device so personal that people often worry about leaving it behind more than a wallet.

The mystery event closely follows a string of other announcements, which begin to show Amazon is positioning itself to be the go-to brand for a whole ecosystem of services, from shopping to entertainment and now even texting and talking.

It’s one of a few companies in the world that has the capabilities to deliver on such a expansive agenda, putting it in the company of others, including Microsoft, Google, Apple and Samsung. 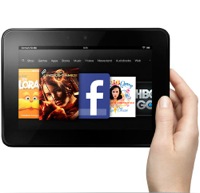 It’s one thing to ask whether Amazon can realistically build a cellphone. No doubt it can package together a bunch of circuit boards and antennas into a metal box. But whether it can deliver on the dream of offering a complete package to consumers, ranging from hardware, software and services, is another level of complexity that is very difficult to pull off.

John Gruber of Daring Fireball put this mission into perspective recently when fact-checking something that Apple’s CEO Tim Cook said at the end of its WWDC keynote.

Cook said: “You’ve seen how our operating systems, devices and services all work together in harmony. Together, they provide an integrated and continuous experience across all our products…This is something that only Apple can do.”

Gruber asked, is it true? Can only Apple do this, or are others on the list?

Amazon has been delivering bits and pieces of an entire services chain for awhile, and it has been fleshing it out at a rapid clip over the past year. For instance, it rolled out a music subscription service last week, and it has other quirky innovations like the Mayday button.

From Gruber’s essay on the subject:

“Apple, Google, and Microsoft each offer all three things: devices, services, and platforms. But each has a different starting point. With Apple it’s the device. With Microsoft it’s the platform. With Google it’s the services.

And thus all three companies can brag about things that only they can achieve. What Cook is arguing, and which I would say last week’s WWDC exemplified more so than at any point since the original iPhone in 2007, is that there are more advantages to Apple’s approach.”

Gruber didn’t include Amazon on that narrow list, and maybe that’s because it’s too early. Amazon doesn’t have plans for a PC (at least that we know about), and it’s relying on a forked version of Google’s Android operating system to get products out the door.

But does the consumer really care about that? 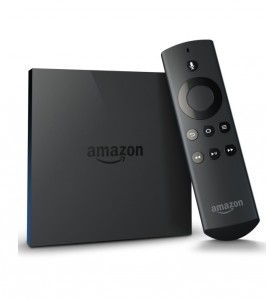 Amazon does have a strong line-up of hardware (e-readers, tablets, TV set-top boxes) with cloud services (books, movies, TV shows, shopping, music). Another advantage Amazon has is price. It’s products are typically low-cost, and its services tend to bundled together under the Amazon Prime shipping service, which costs $99 a year.

This story began with the notion that a consumer trusts Amazon to deliver as promised. When it comes to shopping, that’s knowing a package will arrive at your home or office. Amazon has also gained that trust in the e-reader market. It made it easy to buy and read books. Can Amazon gain a reputation for delivering even more?

If you ask Amazon’s CEO Jeff Bezos, he’ll likely fall back to one of his default statements: It’s a big opportunity and there will be several winners. At the company’s annual meeting last month, he attempted to explain how Amazon is able to keep up its pace of innovation: “When customer-focused, not competitor-focused, you can keep innovating,” he said.

So, if Bezos were to fill in Gruber’s blank for him, Amazon isn’t concerned most about the device, the platform or the services. For Amazon, it’s the customer.

It sounds like hyperbole, but maybe it’s a strategy that can work?

Follow GeekWire live Wednesday morning at 10:30 to learn all the details.