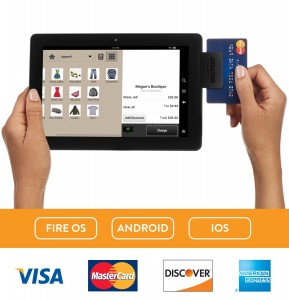 Will book sellers, bike shop owners and electronics stores use Amazon as its payment provider if they are already worried about it stealing their business?

Earlier today, Amazon rolled out a new mobile payments service that looks like a great deal.

For an introductory period, lasting 16 months, Amazon will charge retailers 1.75 percent per transaction, and once that period ends, it will charge 2.5 percent, which is still slightly below both Square and PayPal.

But there’s at least one reason why retailers won’t bite, even at those prices: Amazon is one of their biggest competitors.

It’s a point echoed by PayPal this morning.

In a statement, the eBay-owned company said the payments processor is a partner — not competitor. “Payments isn’t just about the swipe, it’s the experience, and PayPal has always strived to bring retailers new and better experiences for them and their customers. PayPal is committed to enabling merchant growth and not competing with them.”

Amazon spokeswoman Julie Law addressed these concerns by ensuring that data collected from Amazon Local Register will be securely protected and “not be used for any purpose other than fraud protection and risk management.”

(In other words, Amazon says it won’t use your data to decide what it should sell online.)

For now, it seems that the merchants most likely to adopt Amazon payments are the ones that don’t compete against Amazon — like food trucks, hair salons, cab drivers or cafes. That’s where Square has seen the most adoption, anyway.

Plus, there’s been little indication that Amazon has seen much resistance by local merchants. Local is an area where Amazon has been aggressively building relationships for the past few years. It started with daily deals, and more recently, has has added a number of new features, like a local marketplace that will challenge Yelp and Angie’s List, and a food take-out service.

James Wester, a research director for IDC, said not all small businesses see Amazon as a threat. “For those that are already using Amazon for a online commerce, a mobile POS might be a good addition, especially if it integrates with their online tools,” he said.

But some may recall the backlash that Amazon received after it offered consumers up to $5 off purchases if they compared prices using the online giant’s mobile phone application in a store. The promotion, which ran during the 2011 holiday season, seriously backfired with local retailers objecting to Amazon encouraging consumers to “showroom.”

But even if some retailers don’t mind working with Amazon, they may still find Square or PayPal more appealing. This morning, Dave Fester, a small business owner in Seattle, who sells his photography online, tried signing up for Amazon Local Register and found it to be behind the curve.

“My personal opinion is Amazon is enticing with low rates, but that their solution is not nearly as mature and polished as Square,” he said.

After signing up on a computer using a browser, he said he had to view all of the account information and link his bank account inside the application on his phone. Additionally, he had problems linking his small business checking account to the service, and was disappointed that there wasn’t an option to upload his business name and logo to the app. After an hour, he gave up and said he was sticking with Square.

“Square is great,” he said, adding that he’d consider taking another look at Amazon once improvements are made.

Law, the Amazon spokeswoman, addressed these shortcomings by saying that they prioritized things like saving money and offering great customer service.

“That is our priority today,” she said. “We look forward to hearing from our Amazon Local Register customers and plan to continue to add new features very soon based on their input.”