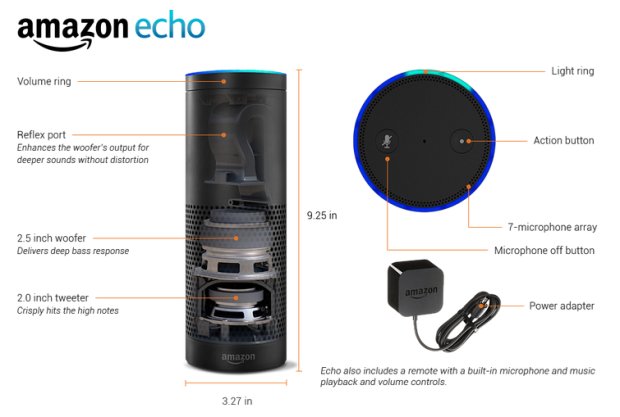 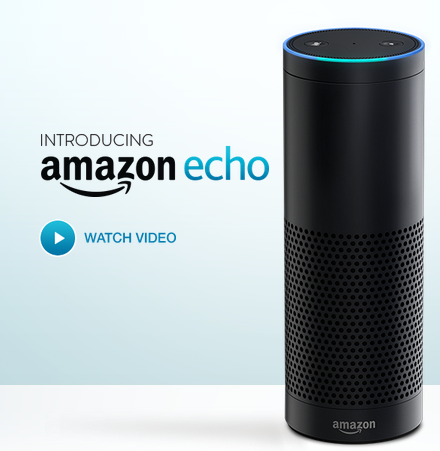 Apple has Siri, Microsoft has Cortana, and Amazon has … Echo.

The device, which is always connected to the cloud, offers information on news and weather, plays music, tells you the time, makes to-do lists, sets alarms, and answers random questions like, “how tall is Mount Everest?”— all by having users say “Alexa,” and then their request.

Here are some example questions you can ask Echo: 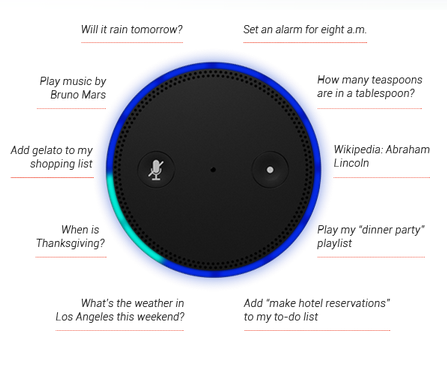 Echo measures 9.25 inches high and 3.27 inches wide, and also comes with a remote that has a built-in microphone and music playback controls. The device has seven microphones and enhanced noise cancelation so it can hear your questions even when music is playing. It also learns your speech patterns, vocabulary, and personal preferences over time.

In addition, Echo streams music from Amazon Music Library, Prime Music, TuneIn, and iHeartRadio. It is also is Bluetooth-enabled, so you can stream music from services like Spotify, iTunes, or Pandora that is playing on your laptop or mobile device.

Finally, there is also an accompanying Echo mobile companion app for iOS, Android, Fire OS, and the web that helps users manage their alarms, music, and shopping lists.

“With everything Echo can do, it’s really become part of the family,” a young girl says in the video below.

Echo is available initially by invitation only, which you can request here. It sells at $199, but Prime members need to pay just $99 for a limited time.

This is yet another new device from Amazon, which has released the Fire TV stick, the Fire TV itself, the Fire Phone, the Dash shopping gadget, and the Kindle Voyage all in the past seven months.