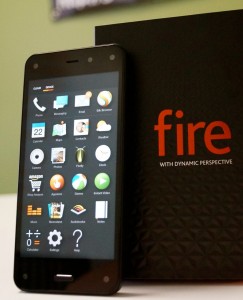 Amazon’s first smartphone wasn’t exactly a hit, and now the company is paying for it.

“I can’t comment on how that would impact guidance or not,” Szkutak said.

Szkutak noted that $25 million of the $170 million charge was related to international costs, with the rest in North America.

The Fire Phone, which debuted on July 25 exclusively with AT&T, received mediocre reviews and plummeted on the company’s own list of bestselling electronics. Estimates pegged sales at no more than 35,000 during its first 25 days on the market. Amazon then lowered the cost of its phone to 99 cents last month.

“With anything new that we do, and obviously we’ve done a lot of new things, there’s certainly a wide range of outcomes,” Szkutak said. “We certainly understand that. We try to learn from everything that we do as we launch new opportunities.”

Amazon had originally priced the phone at $199 on a two-year contract, touting the price as a deal given the built-in 32GB of storage, compared with 16GB for comparable phones of the same price. Amazon was also banking on the included year of Amazon Prime, which normally costs $99, to boost the value of the device.

The phone boasts a high-tech, 3D interface called Dynamic Perspective that uses an array of sensors to adjust the user’s view and let them navigate the phone by using specific gestures. In our testing of the device, we’ve found that the advanced navigational features get in the way of the experience as much as they enhance it.

Amazon posted a $437 million net loss for the second quarter, or a loss of 95 cents a share, significantly deeper than the net loss of 74 cents per share expected by analysts polled in advance by Thomson Reuters.