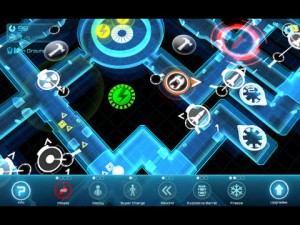 Amazon launched “Sev Zero: Air Support” for the iPad today, in a move that will connect Apple’s tablets with the company’s flagship gaming title for the Fire TV.

The game, which was created by Amazon Games Studios, is a companion to Sev Zero, a third-person shooter for the Fire TV that launched along with the set-top box earlier this year. (Previously: Sev-Zero: Hands-on with Amazon’s Halo knock off) Air Support allows another player to jump in and take an overhead view of the map to provide support to the player who’s holding the Fire TV’s controller. 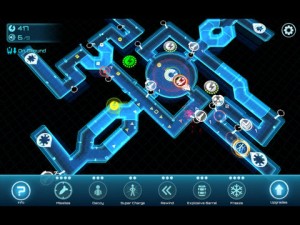 It’s impossible to play Air Support without another person playing the full game on the Fire TV, which means that people interested in testing this out will have to pick up one of Amazon’s set-top boxes along with one of its controllers, or find a friend who has that setup.

A version of the game was also released for the Google Play Store last month.

But today’s launch is a sign that Amazon Game Studios may be interested in branching out to platforms other than the company’s AppStore for Android devices.

Right now, people interested in playing most of the games put out by Amazon’s game creation arm need an Android device, but this first foray into iOS represents an interesting move from the Seattle-based retailer.

Amazon is clearly interested in expanding the Fire TV’s full experience to people who don’t already have access to its AppStore, which is a positive sign for people who love their iPhones but may prefer Amazon’s set-top box over the Apple TV. If Amazon can manage to draw people from a variety of mobile platforms, that could translate into more customers subscribing to Amazon Prime, and improving Amazon’s sales in other departments as well.