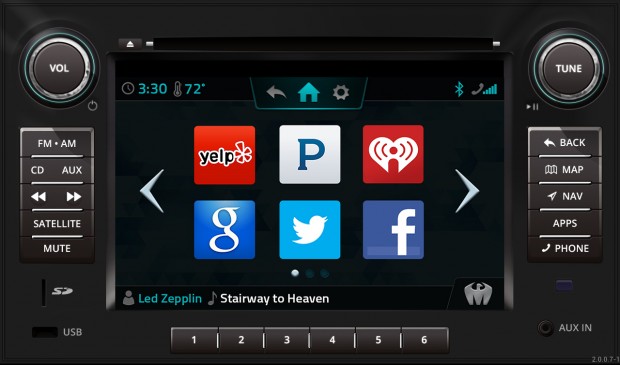 Airbiquity has updated its Choreo in-car services platform to enable hands-free integration with Twitter, so that drivers can keep track of what’s going on in their timeline from the road without getting distracted.

The Seattle-based company, whose platform is used by automakers including Nissan, announced this week that drivers in cars using Choreo will be able to keep up with their feeds by getting the car to read tweets to them using text-to-speech capabilities when the vehicle is moving. The system detects when the vehicle is in motion, and disable the touchscreen keyboard on the car’s head unit so users can’t type.

Drivers will be able to post from the road by sending responses and tweets pre-programmed into the Twitter app — letting the world know about that guy who just cut them off on the road, no doubt.

In addition to the Twitter app, the company announced a partnership with TuneIn Radio, so that users can stream audio from the service’s collection of more than 100,000 stations and over 4 million podcasts. The app will provide drivers and passengers with more variety when it comes to their in-car listening habits.

The new apps come as both Apple and Google are pushing their own in-car systems for smartphone users. Apple launched CarPlay in partnership with a number of automakers earlier this year, and Google unveiled its own Android Auto service at its I/O developer conference in June. Apple’s system is designed to provide capabilities for people who link their iPhone to their car, while Google’s is supposed to be a new experience for people using compatible cars.