From 1997-2006 I was fortunate enough to spend almost ten years employed by Microsoft. Microsoft is an amazing place for many reasons, not the least of which include the company’s incredible generosity towards its employees, and the massive amounts of talent, passion, and intelligence in those employees.

This past week was a hard one for Microsoft and as someone with friends and family who are Microsoft employees I hope everyone lands on their feet no matter what happens. I also know that at any company, missives from former employees are usually greeted dismissively. Especially from someone who hasn’t been there in over seven years.

That said, even if I didn’t owe Microsoft an enormous amount for all it taught me, I would root for Microsoft to go through a renewal and resurgence because multiple successful tech industry leaders is a good thing for all of us.

In that spirit, I offer seven thoughts on areas where I think Satya Nadella and his leadership team can make a real difference in the company’s culture. To me, culture dictates what products a company makes.

So for Microsoft to get past 14 percent device market share, the culture is what needs to change first. These seven areas are ones where I believe I was only able to get true clarity after being outside of the Microsoft ecosystem.

1. The economics of saying yes are way too expensive.

I always marveled that the single hardest thing to do at the then world’s #1 software business was actually ship software. Surely there were huge technical barriers that are currently being removed. But a lot of it was cultural. Employees learned that they could appear mature, wise, and responsible, by saying no to the ideas of others. There was never any risk to saying no either. Nobody could prove you were wrong to say no.

But the cost of saying yes was much much higher. If you say yes, you’re advocating a position, an opinion, a direction. You’re putting yourself out there. And if by some miracle you actually get to put your vision out there, and it fails (which it most often will) then there is definitive proof that you were wrong. In a world where great designers teach us that saying “no” is more important than saying “yes” this may sound counter-intuitive.

But there is a difference between having focus on a few key investments, and having a culture where employees vie for exec attention by squashing the ideas of others. Imagine if a meeting to review someone’s idea was spent thinking about how to support that person’s mission instead of picking it apart.

2. Failure must be genuinely celebrated and rewarded.

Successful screenwriter William Goldman famously wrote that “nobody knows anything.” He was referring to the business of movies, but it’s as applicable to the world of software as well. Even the most successful technologists among us experience massive amounts of failure when trying to create technology that customers love. This is the default.

Every failure should be celebrated as it gets us closer to creating something customers will make a part of their lives. Fast failure, and constant learning should be rewarded.

It’s not enough to say the words, there must be genuine, tangible, and public positive consequences for smart failure in pursuit of the broader vision.

3. Vision must have a longer shelf-life than the first speed bump.

Microsoft has never been short on vision. And almost all the ones that I’ve ever heard stated were thoughtful, eloquent, interesting, and plausible. The problem was not that Microsoft didn’t have an interesting vision. It’s that when the first instantiation of that vision wasn’t an immediate success, Microsoft would abandon it as if Windows hadn’t taken 3.1 versions to become something people wanted en masse.

The Tablet PC was a great example of this. Microsoft had a great vision around tablet computing, but the first couple of versions had real issues that needed to be solved. Instead of doubling down, Microsoft abandoned the efforts, and we know what happened next. This is but one example among countless.

Vision is something that should last a lifetime. And failure in execution of that vision is just part of the cost of doing something difficult.

4. Don’t mistake sniping and undermining for a meritocracy and a culture of debate.

Microsoft employees are competitive. This is good. But most of their energy is directed at competing with (and undermining) each other. The removal of the public curve in employee reviews is part of the solution. But so is a culture that doesn’t tolerate saying crappy things about other groups and businesses. 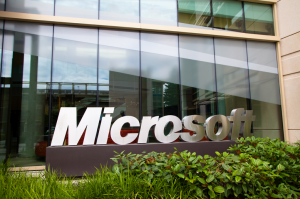 When I was at Microsoft it was MSN and XBOX that people complained were money-wasting boondoggles. Today perhaps it’s the ad business or search. No business can thrive at the company without everyone genuinely giving it consistent emotional and material support.

This may sound corny, but there is a tangible negative psychic energy that accumulates around these businesses when employees are allowed to make these comments. I know that these comments don’t get made baldly in front of senior leaders. In front of senior leadership they come in the form of “genuine well-reasoned concern” for the broader business, or advocacy for an “alternate strategy.”

But the motivation is often to undermine. Executives over the years have gotten very good at this tactic. The more nakedly aggressive forms of this undermining happen behind closed doors all the time. In any form, these comments are a cancer in the organization.

5. Reporting structure should be divorced from product structure.

No matter how many times Microsoft has said that there is a career path for senior individual contributors, it’s really just an exception. The vast majority of senior leaders at the company have direct reports. Until the majority don’t, then real progress hasn’t been made. Imagine a world where talent management was different than product/project management. Imagine a world where who you report to is orthogonal to what you work on.

I know this sounds random and crazy. But imagine a world where your manager is your personal coach, helping you as a dispassionate observer and cheerleader, while the person running the product you work on is focused totally on creating an amazing product instead of managing a team.

6. Microsoft still has pre-dominantly a frat-boy culture that is unfriendly to women.

(Yes, I know there are exceptions, but they really are exceptions. I think it’s fair to look at the numbers of women in the organization in senior technical roles and extrapolate the culture from there though I know some may disagree.) Many of the privileged males of Microsoft have no genuine understanding how the small things they do deter women from being comfortable at the company. But the single most important thing that can be done is to get women into real technical leadership positions, not just have them in the traditionally more female roles of marketing and HR.

Microsoft has had literally decades to invest in the talent pipeline and cultivate serious female leadership in its organization. And while no company in the industry is stellar, I think it’s safe to say that overall, Microsoft and the industry have failed. Often seemingly sensitive men ask, what can we do if the women aren’t there to promote. But often women don’t rise up the ranks into leadership positions because the culture values things that are antithetical to a more diverse workforce – specifically when it comes to problem-solving styles.

Being diverse doesn’t mean being gender-blind or color-blind. Being diverse means rewarding and encouraging different paths to success. Different techniques for achieving goals need to be celebrated and protected. Microsoft still has the Microsoft way. And that way is still relatively macho.

7. Executives should be rewarded for getting out of the way.

Executives at Microsoft still feel that it is their job to set schedules and deadlines for software projects. Despite the fact that these executives usually were once line-level software creators themselves, and know better. Let’s do a thought exercise, if you believe that your software developers are a) working hard, b) working on the right things in the right order, and c) honest, then what good is adding arbitrary deadlines made up to accommodate an executive’s plan?

Software isn’t an assembly line process. It’s been proven that quotas and deadlines are counter-productive to this kind of work. I’m sorry to those of you who think that you can process your way into predictable deadlines. Software is done when it’s done. If you want predictability then you use the train model (trains leave the station every x weeks no matter which features are on board).

Executives, especially ones with good teams, can get insecure as it appears they are doing nothing. And if they don’t do anything, then they fear for their jobs. But the best executives should be doing nothing most of the time. Once a product direction is set, their job should be entirely reactive, clearing the way for their talented team to do its job and making sure their employees are getting recognition and credit.

Even when I was at Microsoft, if I’d given this list to Steve Ballmer, he would have pointed to all the areas in which he was investing to address each of these issues. And I have no doubt that Satya would do the same because Satya and his leadership team are certainly not oblivious to these issues.

The problem is that being a senior leader means you are insulated from the reality of what’s going on in your organization. More so than you even realize. I had a relatively small team of about 130 people when I was at Microsoft, and only years later did I understand how little I knew of what was actually happening among the people that worked for me.

It was disheartening and eye-opening. I can only imagine the scale at which this problem exists when your team is over 100,000 people.

And in the interest of full disclosure, looking back, I was guilty of contributing to almost every single one of these problems myself in one way or another. And at the time I thought I was a sensitive leader who understood these issues. But in retrospect, I wasn’t doing nearly enough to set the right example from my small corner of the company.

My advice is simple, be extreme.

Because in a culture where it really is safe to take risks, no risk is more important to take than the risks required to make Microsoft an amazing place to work where the talented and passionate employees of Microsoft can feel that they are truly home.

As anyone for whom the television show The Wire resonates knows, organizations fight tooth and nail to preserve themselves. For most organizations, efforts to solve these types of issues present an existential crisis.

That’s why small measures won’t do the trick.

I know that solving this problem isn’t simple. But imagine if the way that Microsoft beat a path back to leadership in the tech industry was by creating a radical new culture for our entire industry to emulate. That would be something!

I can think of no company better poised to do it than Microsoft.

Hillel Cooperman is one of the co-founders of Jackson Fish Market, a user experience design consultancy in Seattle, and makers of Slide Bureau, a new tool for creating, sharing, and distributing gorgeous marketing content. This post first appeared on the Jackson Fish Market blog, and is reprinted on GeekWire with permission.