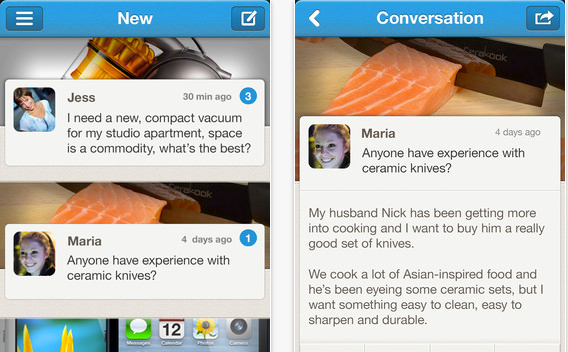 Yabbly, the Seattle startup that’s looking to help consumers get solid advice on consumer products, everything from smartphones to baby strollers, has raised an additional $500,000 in angel financing from a group of a dozen investors.

BuddyTV co-founder Andy Liu, an investor in the company, is also joining the advisory board along with Cheezburger CEO Ben Huh.

Yabbly was previously featured as a GeekWire App of the Week, with co-founder Tom Leung talking about the service during a broadcast of the GeekWire podcast and radio show in April.

“Yabbly is a place for thoughtful discussion about product decisions,” Leung explained at the time.

Leung said that they plan to use the new funds to grow the team, and “break through this holiday season.” The funding will take the company through most of 2014 in terms of cash runway, with a venture round likely planned in the first quarter of next year, he said.

Leung has kept the Yabbly team — now comprised of four full timers — “lean and mean” since it was founded. And that philosophy will continue at the company, he said.

At this point, the former Marchex and Google employee said that Yabbly remains focused on growing its community of users.

“Kind of awesome,” said Leung, when asked about how things are going. “We are really, really happy with the engagement and retention.”

Leung declined to disclose how many downloads the app has received to date. But he did say that about half of those people who install the app remain active users six months later.

The company is now tinkering with deals in which brands send special perks — like ice cream, cameras and grocery deliveries — to key members of the Yabbly community. Members earn special status by helping other members and answering questions.

“We are solving a real problem, which is: How do I buy the best product for me? Who doesn’t want to solve that problem?” says Leung.

As we’ve pointed out before, that’s a problem that heavily-funded Decide.com is also trying to figure out.

Interestingly, both Leung and Decide.com CEO Mike Fridgen graduated from Harvard Business School in 2003. Both were recently on an Alaska Airlines flight into Boston to celebrate their 10-year anniversary, and caught up about their respective businesses.

“Decide is very big-brained and algorithmic with tons and tons of data, and ours is really all about the community and relationships and conversations,” said Leung. “I’d look at us as taking a very different approach.”