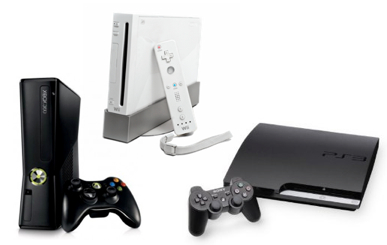 Sony’s earnings report yesterday provided some of the final pieces of data to answer a question that goes back to 2005: Will the Xbox 360, PlayStation 3 or Nintendo Wii prevail in the video-game console wars?

Eight years later, it turns out the answer isn’t as clear as we might have hoped.

Nintendo raced out to an early lead with soaring Wii sales from 2007-9, and redefined the way we interact with video games, before stumbling in recent years and so far falling flat with the Wii U. But cumulative Wii sales, dating back to 2006, just passed the 100 million unit milestone — well ahead of the Xbox 360 and PS3 in total units sold.

Sony struggled out of the gate thanks largely to the higher price of the PS3, but has posted very solid results in recent years and quarters, winning what was essentially the final act of the 2012 holiday shopping season. The data is muddied by Sony’s decision to combine PlayStation 3 and PlayStation 2 data for purposes of financial reporting in recent quarters, but the PS3 appears to have sold around 80 million units total, based on the data in our GeekWire spreadsheet.

Microsoft’s Xbox 360 has dominated the U.S. market for more than two years. On a worldwide basis, the Redmond company has sold 78.2 million Xbox 360s total, and did a nice job extending the life of the console with the release of the Kinect sensor.

At the same time, Microsoft had a head start over Sony and Nintendo, launching its console in 2005, and the company’s numbers also reflect replacements for people whose consoles were brought down by the infamous red ring of death.

Here’s our chart showing how the competition played out. 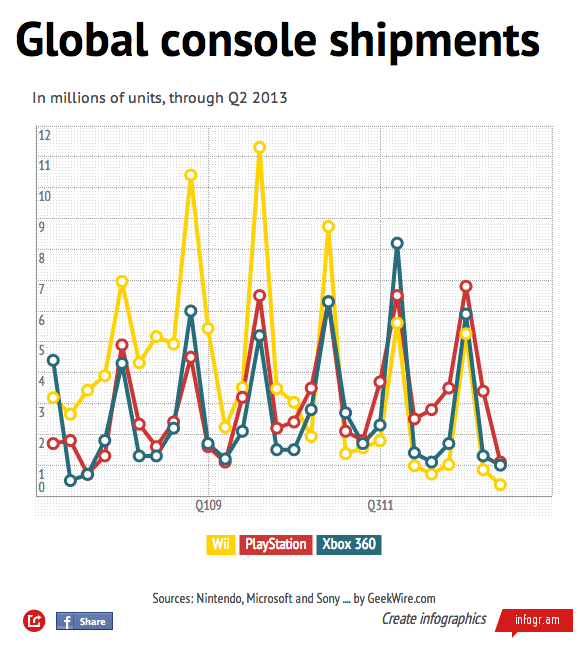 So who won? By different metrics, all three can claim some form of victory.

Now the industry is preparing for the launch of the PS4 and the Xbox One later this year. With the expansion of those consoles into entertainment machines, the competitors now include Apple, Google and many others. The real question this time isn’t who will win the game console wars, but who will win the living room.

Based on these results above, the answer will probably be debatable.

Update: Here’s the underlying data that was used for the chart above. (Thanks to Robert McLaws for the suggestion.)