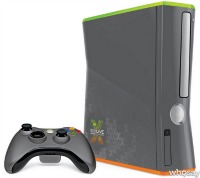 As gamers anxiously wait for the arrival of next-generation consoles this winter, U.S. retail sales of video games continue to slide.

NPD’s monthly report is out for June and it shows sales of video-game hardware, software and accessories falling 15 percent from this time last year to $593.3 million in June. Hardware sales fell 30 percent, while software fell 10 percent. It is important to note that NPD does not account for digital sales, although that’s changing soon.

The Xbox 360, meanwhile, continued its reign as the top-selling at-home console last month, marking the 30th straight month atop the U.S. console market. Microsoft sold 140,000 units, which is up from the 130,000 sold in May but down 46 percent from this time last year. However, the Nintendo 3DS was actually the top-selling platform across hardware and portables for the second straight month.

Hardware sales should go up later this year when the Xbox One and Playstation 4 hit shelves. A Microsoft spokesperson said that Xbox One pre-orders have already sold out at most retailers and are trending ahead of Xbox 360 pre-orders during the same time period (when the Xbox 360 was released in 2005).

Here were the top-10 selling games in June:

Previously on GeekWire: Xbox One: Microsoft scores points for flexibility, loses some for credibility … What’s next for Xbox? Ballmer in charge in buildup to Xbox One launch … Microsoft admits it screwed up Xbox One marketing strategy