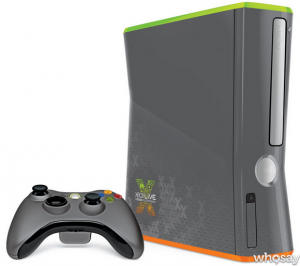 While the Xbox 360 continues to dominate the U.S. console industry inside the living room, Nintendo’s handheld 3DS was actually the top-selling platform across hardware and portables for the first time ever last month.

For the 29th consecutive month, the Xbox 360 was the top-selling at-home console in May, according to the latest numbers from NPD market research firm. Microsoft sold 114,000 Xbox 360’s last month, down from the 130,000 sold in April.

However, NPD said that the 3DS was best-selling video game hardware platform, but provided no specific numbers. Nintendo said that its 3DS software sales in stores have increased by more than 60 percent from this time last year, thanks in large part to the releases of two of the top three best-selling games in May, Luigi’s Mansion: Dark Moon (No. 3), and Donkey Kong Country Returns 3D (No. 5).

Sony did not disclose its sales numbers.

The news wasn’t so great for the industry as a whole, as gamers spent just $386.3 million on hardware, software and accessories last month, down from $495.2 million in April. It is important to note that NPD does not account for digital sales.

Console sales took a big hit at $96 million — 31 percent less than last year. Game sales fell 44 percent to $187.6 million from $335.2 million last year. Those numbers should go up later this year, though, with the Xbox One and PS4 hitting shelves for the holiday season.

Microsoft last week launched a refreshed Xbox 360 and plans to continue supporting the console. In fact, Don Mattrick, the president of the company’s Interactive Entertainment Business, said last week that those who do not have Internet should stick with the Xbox 360 due to the Xbox One’s requirement of logging into the Internet once every 24 hours.

Nintendo stepped out of the spotlight at last week’s big E3 conference, as all the attention was on Microsoft and Sony’s new console prices ($499 for the Xbox One vs. $399 for the Playstation 4), the Xbox One’s restrictions on video game sharing, and its requirement for regular Internet connectivity. Microsoft spent time defending itself on the big Xbox One changes, while Sony landed a series of statements (and jokes) designed to point out where its PlayStation 4 differs from Microsoft’s new console.

Nintendo, meanwhile, remains confident that its newest console — the Wii U — can compete with the Xbox One and PS4 despite recent struggles.

Here were the top 10 games in May across all platforms (physical retail only):