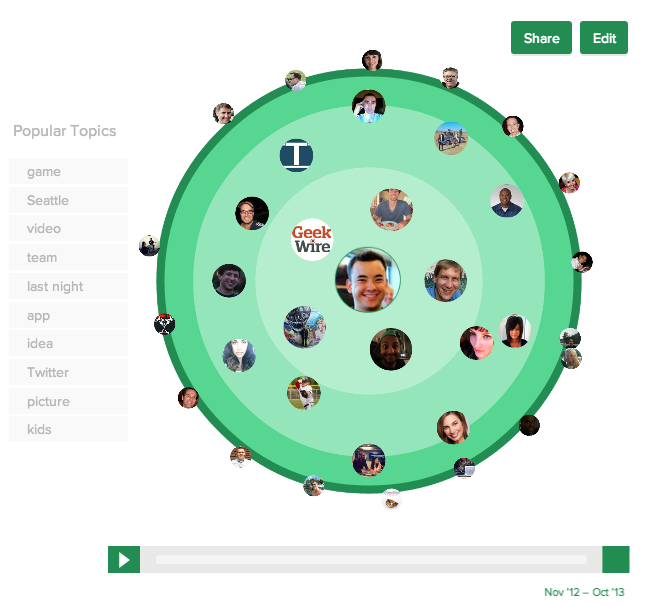 Vizify, a Portland-based startup that turns your social media chatter into visualizations, today announced a new feature that lets you see an animated and interactive portrait of your life on Twitter.

You can see my network to the right. The circles closest to my face indicate the accounts I interact with the most. Clicking on each circle will open up a relationship history, showing how often I’ve mentioned the person and what we tweet about most often. 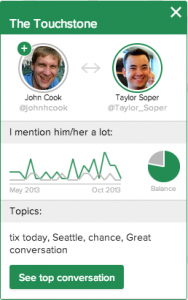 Vizify Connections, built on HTML5, also lets you see your most-tweeted about topics, and then shows you the people you tweet with on that topic. You’re also able to watch a short clip that shows how your network has changed over time.

This reminds me of a feature Vizify debuted back in June called #FollowMe that instantly creates mini movie trailers full of infographics based on your best Twitter moments.