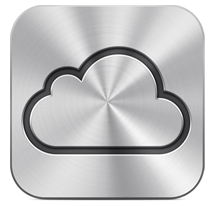 Is Apple’s iCloud syncing not working for you? You’re not alone.

Some users have reported that iCloud syncing of data from their apps, like iWork, hasn’t been working for several days. It appears that the outage began around the launch of iOS 7 last week, and has persisted into this week for some users — preventing documents and files from syncing across devices.

If you think you’re affected, go into your iPhone or iPad’s settings app, and then navigate to iCloud > Storage & Backup > Manage Storage, and then scroll all the way down to the bottom of the screen. If you only see your backups and email, you’re probably affected, assuming that you use iCloud for syncing other data.

Users have been reporting that functionality is slowly returning, so it seems like the only fix is to tough things out until it gets better. While syncing doesn’t work, the applications should be able to function on their own as normal offline versions of themselves.