Last night, we got the chance to hang out in the amazing new offices of Urban Airship, located in the heart of Portland’s ultra-hip Pearl District.

Today, we got the chance to hear directly from the expletive-tossing and inspiring entrepreneur who is building that mobile analytics and push messaging powerhouse, one of Portland’s fastest growing startups.

Scott Kveton, a startup vet and Portland cheerleader who before starting Urban Airship in 2009 ran an e-commerce site for selling bacon, among many other things, is certainly on the path to success. Today, the company employs about 160 people, and it’s hiring like mad following a huge $25 million funding round that closed earlier this year from True Ventures, Founder’s Co-op, Intel, Foundry Group, August Ventures and others.

But it didn’t always come easy.

Speaking today at the TechFestNW conference in Portland, Kveton described some of the painful early days of Urban Airship when money wasn’t flowing and VCs weren’t listening. Shortly after winning some key customer accounts, including ESPN, Kveton traveled to the Bay Area to pitch the company. 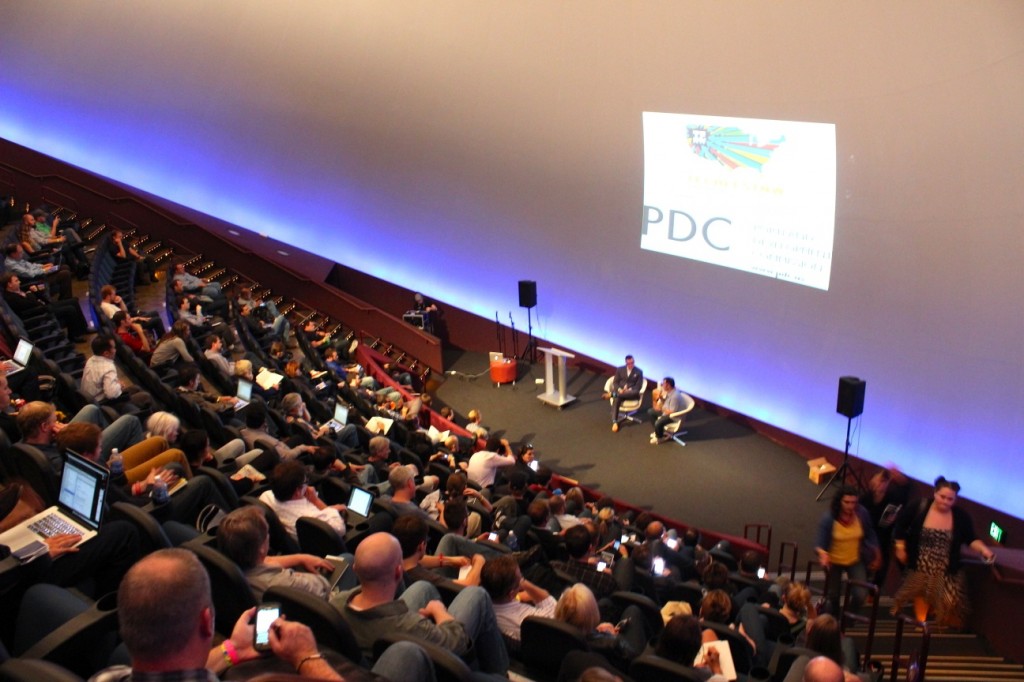 “It was sort of a hard lesson learned, the school of hard knocks. I literally went 0 for 30 in the pitches,” he recalled. “I was an idiot because I didn’t get them to invest. That’s my fault. I will never forget coming back, and I got the last no from somebody and it was a couple days before Thanksgiving. And, once Thanksgiving hits, nothing happens until January from a fundraising perspective…. And, so I had to go back in and tell the guys, and say: ‘Well, I guess we aren’t going to raise financing. What do you guys want to do? We can either shut this down now, or we can try and hunker down over the next six weeks, and I will go back out in January. Everybody, voted, and we were like, fuck yeah, we want to do this. Customers like this.”

Finally, through Puppet Labs CEO Luke Kanies, Kveton got matched up with Puneet Agarwal of True Ventures. Kveton headed to San Francisco to meet with Agarwal and other partners, dressed in his “douche-bag blue shirt,” financials that were “full of shit” and a 30-slide pitch deck.

The partners in the firm didn’t want anything to do with the pitch, instead spending most of their time asking about Kveton and his passion for the business.

“We have never raised a round of financing where I’ve shown a pitch deck. Every single time we show a pitch deck, it’s doomed to fail,” said Kveton.