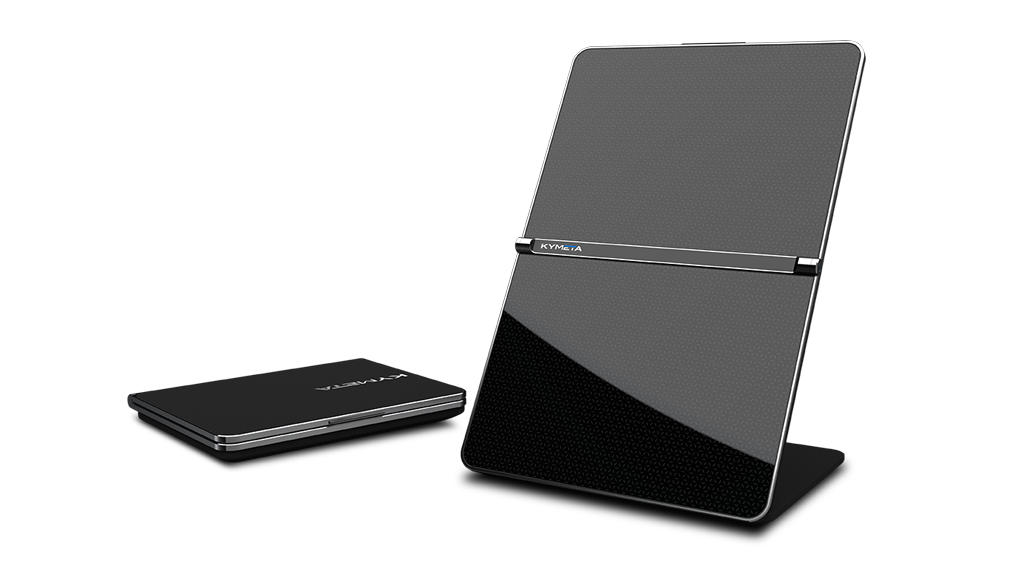 Bill Gates doesn’t always see eye-to-eye with Google on the topic of spreading Internet connectivity around the world — recently poking fun at Google’s plan to use a network of balloons to provide Internet access to developing nations. But two of their portfolio companies are very much on the same page.

After that, they’re aiming to move into commercial production.

So how did the deal come together? Kymeta CEO Vern Fotheringham, speaking during the taping of this week’s GeekWire radio show and podcast, explained that Kymeta and O3B also have a common investor, John Malone’s Liberty Global.

But beyond that, the two companies were a match because of their respective approaches, Fotheringham said. O3B’s satellites are in 12-hour orbits, moving across the sky, not geosynchronous satellites in fixed positions relative to Earth. Kymeta’s metamaterials-based antennas, in turn, use software (not moving parts) to maintain a persistent connection to moving satellites.

“Our technology and their requirement are perfectly mated,” Fotheringham said. “We can keep a fixed satellite dish in connection with a moving satellite across the sky, and they’re building very high-bandwidth, KA band satellites, so it’s a very wonderful synergistic relationship, and we’re very excited about what it means for folks all over the world.”

Fotheringham is the guest on this weekend’s show, as a preview of his appearance at next week’s GeekWire Summit. Check back with GeekWire this weekend for the full show, including a discussion of Kymeta’s technology and its potential to reduce the cost and increase the speed of mobile broadband around the world.