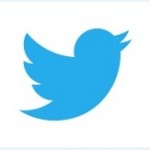 Twitter, naturally, just tweeted its IPO price at $26 per share in anticipation of Thursday’s debut of TWTR on the New York Stock Exchange.

The social media behemoth will raise about $2 billion from its IPO and be valued at around $18 billion. Twitter is offering 70 million shares to the public out of a total of 545 million outstanding shares, in addition to another 10.5 million sold to its underwriters.

We just priced our IPO. pic.twitter.com/NWXaO4Myq0

The Twitter cohort in Seattle is certainly growing as well. The team recently moved from its temporary old digs near Seattle’s historic Pike Place Market to a 16,000 square-foot space at the Century Square building in downtown Seattle after about one year in the Emerald City.

Previously on GeekWire: Go get ’em Twitter, but remember your roots: 4 hopes on the eve of the big IPO