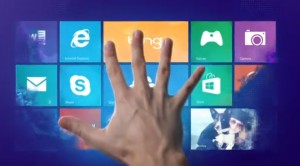 That’s big news for Microsoft, and may point to a future where there won’t be a difference between Windows and Windows Phone. The two platforms have been converging quite rapidly and share a common core, which aids developers in building apps for both Windows Phone and Windows. To add additional incentives, Microsoft is partnering with Nokia’s DVLUP program to offer developers rewards for developing apps for both platforms.

It’s also a smart move, as Microsoft competes with Google and Apple for developer mindshare. Membership in the iOS and Mac Developer Programs costs $99 a year for each program. Getting access to enterprise features on iOS, including the ability to deploy apps to only members of your organization, will cost $299 a year. Compared to that, Microsoft’s developer programs are a steal.

That’s important, since one of the major problems facing Windows Phone right now is its lack of popular applications compared to other platforms. Whether or not this new change will bring about more apps remains to be seen, but it certainly can’t hurt.