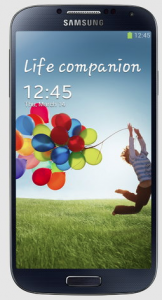 T-Mobile customers ready to get their hands on the Samsung Galaxy S4 will need to wait a few more days after an inventory delay has pushed back online sales.

Originally scheduled to be available to purchase online today, T-Mobile announced that Samsung’s new flagship smartphone will instead be available five days later on April 29.

The device is still set to be available at T-Mobile’s retail stores on May 1.

T-Mobile announced pricing plans last week for the Galaxy S4. You can order the device for $149 up front and pay $20 per month for 24 months thereafter.

It’s part of T-Mobile’s new Simple Choice Plan, which separates the cost of wireless service from the purchase of a phone — no longer subsidizing the cost of the device as part of the service plan.

T-Mobile is offering similar payment plans for the iPhone 5, which the carrier just released last week. It’s part of the company’s mission to change the way consumers think about wireless service, and shake up its own business in the process. T-Mobile outlined the new strategy earlier this year and explains in this FAQ:

The Galaxy S4 will run on T-Mobile’s new LTE network and also be available on six other U.S. carriers.

Earlier this morning, MetroPCS shareholders approved the merger with T-Mobile this morning, bringing its 9.3 million customers to the T-Mobile network.

T-Mobile USA is based in Bellevue.