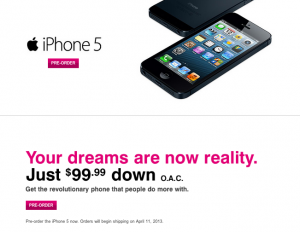 University of Washington student and T-Mobile customer Mustafa Ahmed got up earlier than normal Friday morning, giving himself enough time to pick up his iPhone 5 and still make it to campus for his 9:30 a.m. lecture.

But he was a little surprised when he arrived at the Wallingford T-Mobile store just before 9 a.m.

For Ahmed and the others in line with him, the wait is probably worth it. Today marked the first day T-Mobile began offering the iPhone 5 a flagship device in its shift away from wireless contracts.

The Apple device will be available for $99.99 down and $20/month for two years (or a total of $580) — running on T-Mobile’s existing HSPA+ and new 4G LTE network, which launched a few weeks ago in seven metro areas.

When doors opened this morning, there were about 20 people waiting to get their hands on the iPhone 5. I spoke with a few people and asked them about why they were sitting in the cold just for a mobile phone.

Here’s what they had to say:

“I got here at 7:40 a.m. in morning. There were like 20 people by the time the doors opened. I thought I was going to be one of many, but to be first was pretty cool.

I’ve been with T-Mobile for two years. I had an unlocked iPhone 4 and paid for it to get it. But now I can finally have an iPhone that will work properly on the network, so I’m stoked about that.

I’m just going to do the monthly installments. $580 bucks straight up for me is a lot of money.” — Rush Fay 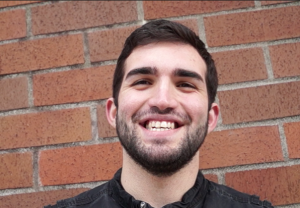 “I’ve been with T-Mobile since 2004. I didn’t think it was worth it to get the unlocked version because it was only available on the Edge network.

I’ve had an Android forever and I just don’t like it. I feel like the iPhone software stays the same from when you buy it, even after a year or so. My Android has so slow battery life, all that stuff. Mainly the battery life is why I’m buying the iPhone. My phone turns off whenever it wants. It’ll say I have full battery, then it will turn off and then turn on and it says 3 percent.

I’m going to do the monthly payments for the iPhone 5. I’m happy about that.” — Mustafa Ahmed 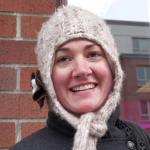 “I don’t really know why I’m waiting in line for this — I just need a new phone. It’s more exciting when you’re waiting for your first concert. I’ve been with T-Mobile for a couple years. You want to see my old phone? It’s an antique (a Motorola Razr). When I have grandkids, I’ll be able to show them this one. Kids pick up this phone up now and and touch the screen and say it doesn’t work (laughs).

I’m not really excited for the iPhone 5. I just need a new phone. I’ll do the payments month to month now. I

use T-Mobile because it doesn’t require a contract. Then when I move, I’ll need a different service where I’m going. I’ll pay it off then. It’s just a matter of time before all the carriers [offer no contracts].” — Colleen Odore 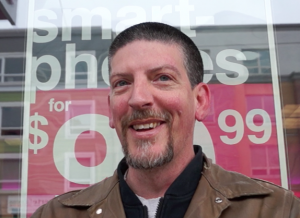 “I’m really ready for the iPhone. I’ve been with T-Mobile for 5-to-6 years.

I’ve been sick of my phone for a year and a half. I’ve had iPods forever and I’m just used to the Apple system — it works better for me. There are three things I want a phone to do: pictures, contacts and music. My Android has basically screwed up all three of those.

I know how Apple works and I’m just ready to change. I would have just jumped ship and gone to another carrier but the customer service at the other phone companies suck so bad that I didn’t want to abandon T-Mobile. I will be doing the monthly payments for the iPhone 5.” — Eric Hoyt