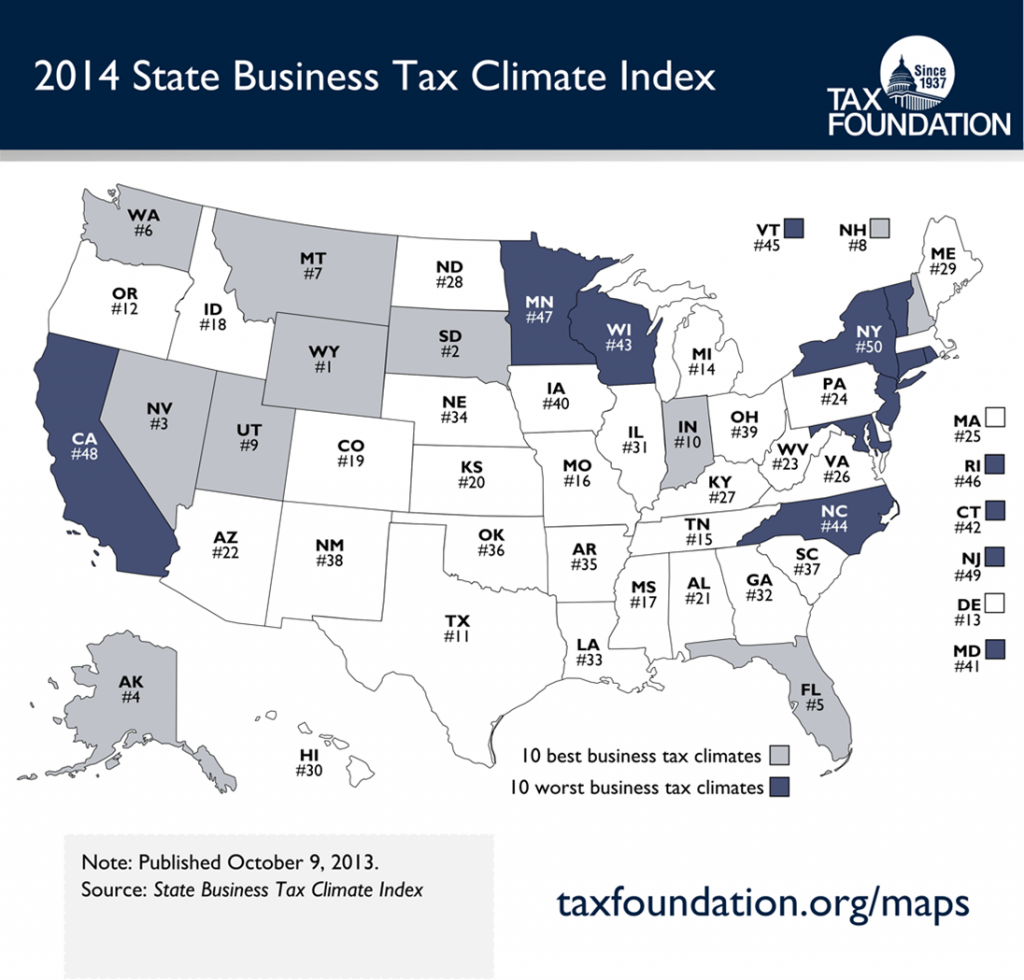 If paying fewer taxes is a huge concern for your business, Wyoming might be the place to be.

That’s according to the Tax Foundation’s tenth annual State Business Tax Climate Index, which scores states based their tax provisions, from property tax to income tax to corporate tax, among others.

“The goal of the State Business Tax Climate Index is to start a conversation with policymakers about how their states fare against the rest of the country,” Tax Foundation economist Scott Drenkard said in a statement. “With this report, we’re asking: ‘how well is your tax code structured? Are businesses in your state spending too much time complying with onerous tax provisions? Are you double taxing things you shouldn’t?’”

Drenkard said the states that dropped in the rankings this year did so because of policy changes that “makes the tax code more complex, burdensome, or economically harmful,” while others moved up because their tax codes refrain from distorting business decisions and are “more neutral.”

States that impose all major taxes did not necessarily score low. Indiana and Utah, for example, still made the top 10 because they have low rates.

These rankings are based on the tax climate in each state as of July 1, 2013. For more, check out the Tax Foundation’s analysis here.