Reddit, more than eight years after launching, is still not profitable. If and when the company does get out of the red, co-founder Alexis Ohanian hopes that Reddit does so through its membership program rather than self-serve advertising.

During a fireside chat at Seattle’s Town Hall Monday night, an audience member asked Ohanian — who sold the company in 2006 less than two years after launch — how Reddit can start turning a quarterly profit.

“Self-serve is doing very well, but Reddit Gold is a way to monetize those millions upon millions of users that is not at odds with their experience,” said Ohanian, who sits on Reddit’s board. “It is actually something that works with the user base and not against them.”

Subscriptions for Reddit Gold — which, by the way, you can buy with Bitcoin — run at $3.99 per month or $29.99 for the whole year. Membership benefits include the ability to turn off ads, highlight new comments and a chance to beta test new Reddit features, among other add-ons. The program debuted in July 2010.

Reddit, which operates as an independent entity, hopes to break-even by the end of 2013. Ohanian, who rejoined the Reddit board last year, was in town promoting his new book, Without Their Permission. The wide-ranging discussion touched on topics including Ohanian’s startup experience, his role as an angel investor, and his cautious optimism for Bitcoin.

GeekWire’s Todd Bishop, moderating the talk, asked if Ohanian regretted selling Reddit so soon, given the site’s meteoric growth in recent years. Ohanian, who founded the site with Steve Huffman, responded with a simple “no.” 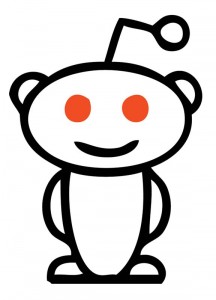 The 30-year-old University of Virginia grad said he didn’t want to look back and wonder what “could have been,” if he stuck with Reddit and the company ended up crumbling.

“There were no guarantees that Reddit was going to survive,” Ohanian said. “It was an easy decision. There were so many reasons for why I wanted to have something to show for, and be able to call my parents and say ‘Listen, all of your confidence and support for me was not in vein.'”

Since selling Reddit, Ohanian has gone on to invest in over 60 startups and been an activist for Internet freedom. While he said he’s not running anytime soon for public office, he did have thoughts on who should.

After leaving his day-to-day work at Reddit, Ohanian helped to launch Hipmunk and founded the social venture Breadpig. Asked what’s next for him in the startup world, he said he has no concrete plans. But instead of doing another startup, it seems Ohanian wants to spread his ideas around, help others scale their cool projects and encourage youth to “achieve their maximum potential for awesome.”

“That’s the stuff that gets me excited and happy,” he said. “That’s when the Internet starts living up to its fullest potential.”