[Editor’s Note: GeekWire’s Todd Bishop will be talking with reddit co-founder Alexis Ohanian about his book, “Without Their Permission,” tonight at 7:30 p.m. at Town Hall in Seattle. Tickets are available here.] 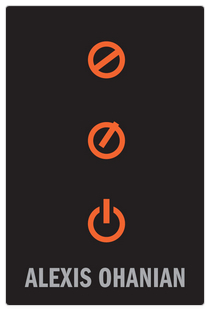 Growing up in suburban Maryland, Alexis Ohanian had the words “Lives Remaining: 0” written on the wall of his room. He’s been leveling up like a pro ever since.

Ohanian co-founded reddit in 2005 with Steve Huffman, sold the site to Conde Nast the next year, helped to launch travel site hipmunk, started the social venture Breadpig and played a key role in the fight to save the free and open Internet from the clutches of misguided legislation.

He’s also active as an angel investor, putting money into more than 60 startups so far, and serving an ambassador for Y Combinator, the high-profile startup accelerator that was pivotal in the launch of reddit.

All of this in a mere 30 years on the planet.

Ohanian tells the story of his life so far in his new book, “Without Their Permission,” but even with everything he’s done, it’s appropriate that the book is only partially about his life and adventures. The remainder is a blueprint for startuppers and a manifesto for the potential of the Internet to empower individual entrepreneurs and reshape the economy without traditional gatekeepers.

There are some fun inside tidbits about reddit along the way, such Y Combinator’s Paul Graham wanting to call the site “360Scope.com” and suggesting they get rid of the alien mascot — “little bug guy,” as he called it. The serendipity of reddit’s acquisition also makes for a good story. (It came about as the result of an introduction by a Wired freelance reporter who had decided not to write a piece because she and Ohanian had become friends.) 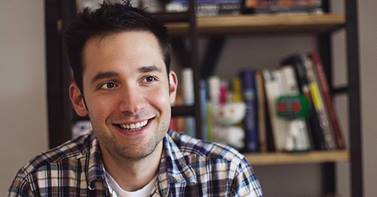 Ohanian delivers plenty of startup wisdom, starting with his assertion that “ideas are worthless” — it’s execution that matters.

And there are some interesting competitive stories. Probably the closest Ohanian gets to a snarky comment in the book comes when recounting how Kevin Rose launched Digg as a host on The Screen Savers TV show … without telling the audience that it was his site. Reddit’s approach to the Digg competition, as detailed in the book, will prove instructive to many startups.

Ohanian comes off in the book like an extremely well-grounded person, and he’s admirably self-critical at times — recounting, for example, how he blew it by not delivering a crisp message during an MSNBC segment debating the SOPA and PIPA legislation.

But this is not a tell-all. His upbeat approach, which has no doubt served him well as an entrepreneur, makes it feel like we’re missing out on some of the real stories of what happened behind-the-scenes during the founding and development of reddit. We also don’t hear about Ohanian’s feelings, in retrospect, about the decision to sell reddit at such an early stage. And the book doesn’t go into detail about Ohanian’s return to the reddit board as part of the most recent changes at the company.

All of which means that there will be plenty of material left for Ohanian’s actual memoir in a few decades.

And in the meantime, I’m looking forward to talking with him tonight at Town Hall in Seattle about these topics and many more. There will also be time for audience Q&A with Ohanian — a live AMA, if you will. Looking forward to seeing everyone tonight.