It’s time to break out of your cubicle and play the startup game! Land some seed funding, build your team, create a product, take on some venture capital and battle the final boss in this one-of-a-kind entrepreneurial adventure. 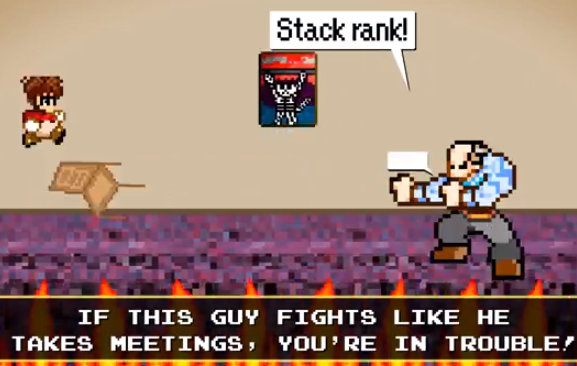 We’re pleased to present this special video, “Adventure of the Startup Kid,” which was created by the hard-working team at Killer Infographics in collaboration with GeekWire for the opening of the 2013 GeekWire Awards at the EMP Museum in Seattle.

It was an amazing experience to watch this on the giant HD display at the Sky Church — the world’s largest indoor LED screen. As we mentioned on stage, we’ve always wanted to play a video game on that thing.

The video is packed with so many startup and game references that it’s worth watching a few times to catch everything. As you’ll see, the final boss battles are especially epic.

This is our second project with Killer Infographics, the Seattle company that also worked with us on the popular Silicon Valley Geeks vs. Seattle Geeks infographic for last year’s GeekWire Summit. See this portfolio page for more of their work.