Ten days after getting word that entrepreneur Jim Heckman was back at the helm of online sports network Scout.com, more details are emerging about the venture. Today, NAMG — an entity established by MTV founder Bob Pittman and others — officially announced that it has acquired Scout.com from Fox Networks Group, inserting Heckman as CEO.

As you may recall, Heckman founded Scout.com in 2001 and sold it to Fox Media for a reported $60 million in 2005. He had previously founded Seattle-based Rivals.com, a one-time dot-com high-flyer that preceded Scout.com.

The new Scout.com will have a significant presence in Seattle’s Fremont neighborhood, with Heckman recruiting some of his former colleagues to run the operation, including former Scout.com and Rivals.com CTO Bill Sornsin.

“We think there’s a great deal of talent in Seattle who are mostly working with big companies that no longer can offer exponential growth potential,” said Heckman. “We think we’re uniquely positioned, because we’re not only a stable, nine-figure business; there is significant upside for new people.”

Heckman tells GeekWire that many of the established media teams in Seattle left long ago for New York, Los Angeles and Silicon Valley. 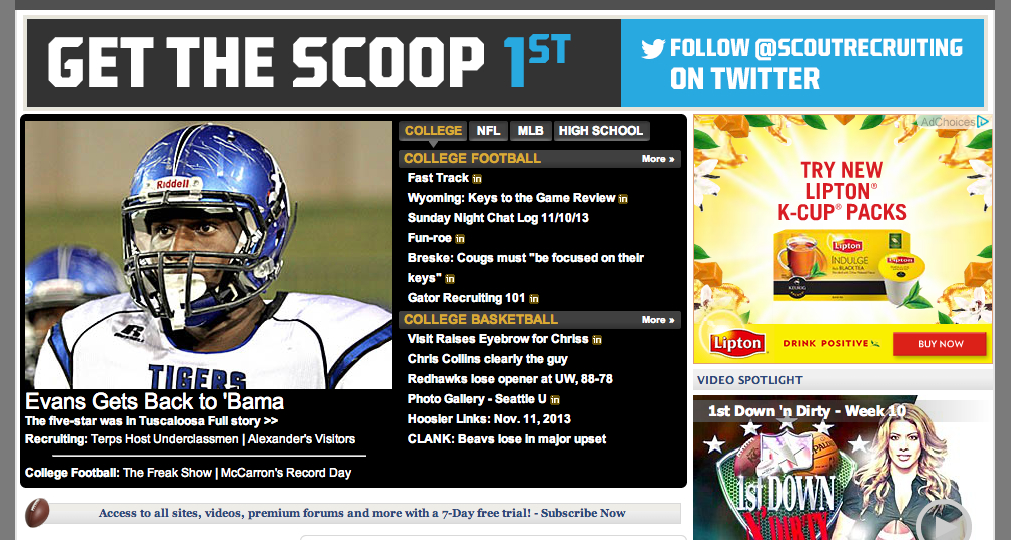 NAMG, a digital media unit of Pittman’s Pilot Group, plans to focus on “male enthusiasts” interested in sports. It will operate under the name Scout Media Inc.

“Integration execution is always the key issue when it comes to mergers, but in this specific case, the business model, audience and product requirements are essentially the same,” said Heckman in a release. “We also have the luxury of deploying the same leadership team that pioneered the vision of niche content and communities operating on a single platform.”

Heckman was hired to run Scout.com on Oct. 1, and his arrival back at the helm was first reported by Business Insider earlier this month. He most recently ran global media strategy for Yahoo. Before that, he was the chief strategy officer at Fox Interactive.

Heckman started his sports publishing career in 1987 after dropping out of the University of Washington (He later earned his degree in communications from the UW).