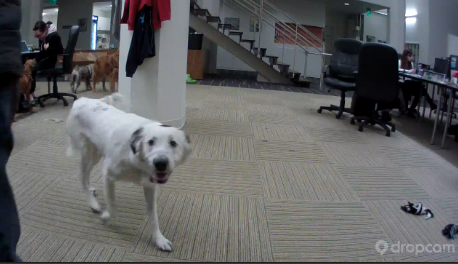 Well, I just spent ten minutes watching a live stream of dogs strolling around an office. And I have absolutely no regrets about it.

If you want to do the same, check out Rover.com’s new live stream — coined “#RoverCam” — they’ve set up inside their dog-friendly office.

The Seattle startup, which hosts an online marketplace for dog sitters, wanted to give customers an opportunity to experience the Rover.com company culture, one that allows employees to let their K9’s roam around the office freely. 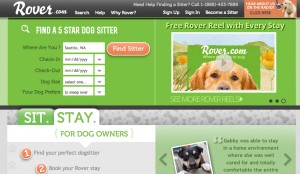 “There are lots of ‘dog friendly’ offices, but ours is probably one of a small handful where the dogs spend the day off-leash playing a few feet from our actual desks,” said Rover.com co-founder Philip Kimmey.

Watching the feed makes you wonder what it’d be like to work around so many dogs. Kimmey admits that it can be a little distracting at times, but no one is complaining at Rover.

“Even if the excitement means spending a few more focused minutes at home after leaving the office, I don’t think any of us would give it up,” he said.

Kimmey said that so far, the response to RoverCam has been “overwhelmingly positive.” A revamped experience will go live on Monday, so check back then if you feel like dog watching.

Rover, which recently raised $3.5 million from Petco, currently employs 30 and now has more than 25,000 sitters across the U.S. The company was started by venture capitalist Greg Gottesman at a Startup Weekend event in Seattle in 2011 and investors in the startup include Petco, Madrona Venture Group and Crunchfund.

Previously on GeekWire: From doctor to dog sitter: Why this MD left the hospital to take care of four-legged friends