Seattle online language community Livemocha has been acquired by Rosetta Stone for $8.5 million in cash.

The deal is hardly a home run, given that Livemocha had raised more than $19 million in venture capital from Maveron, August Capital and others since it was founded by entrepreneur Shirish Nadkarni six years ago.

It’s also an odd pairing given some of the biting comments that Livemocha CEO Michael Schutzler has made about his competitor over the years, at one point calling Rosetta Stone’s online efforts an embarrassment.

“They have a long mountain to climb if they are going to compete against us head-to-head in terms of online language learning, which is what they are trying to pivot over towards,” said Schutzler in a 2010 interview with me. “But, again, their price point doesn’t make any sense as far as I am concerned and they really don’t have anything to offer.”

Schutzler, a former Classmates.com and RealNetworks executive, later told GeekWire that his company would come out on top in the market.

”We’re winning and our sales are growing! Soon, we will be profitable and then it will be over for some of our competitors,” he said in a GeekWire Startup Spotlight two years ago.

Those were fighting words at the time. But the companies appear to have gotten beyond the rhetoric, and made the match work. In a press release today, Schutzler called Rosetta Stone — known for its yellow packaged software products — a “marvelous partner for us.” 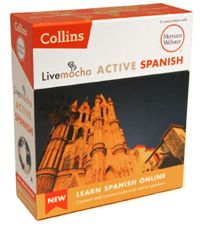 “We are in the process of transforming Rosetta Stone to be the most dynamic and ubiquitous technology-based learning platform in the world,” said Swad. “Our acquisition of Livemocha will help accelerate that transformation. With Livemocha and its vibrant online community on our side, Rosetta Stone will reach more people and change more lives than ever before.”

Asked today about some of his past remarks, Schutzler said things have changed at Rosetta Stone under the direction of Swad who was appointed CEO last year.

“I met the new CEO a year ago. We connected immediately and consider each other friends first,” he said. “He has been rebuilding the company and has frankly re-tooled the entire culture. It’s a great fit for both companies.”

Livemocha boasts more than 16 million members, people from all over the world who sign up to take the company’s online language courses. The 35-person Livemocha team will continue to be based in Seattle.

The $8.5 million valuation isn’t that great given how much capital Livemocha raised, but Schutzler noted that the financial markets value education startups much differently than other Internet companies.

“The typical multiple in this space is 1-1.5x trailing twelve revenues. That’s a tough sell to investors who can find many deals with higher expected outcomes,” Schutzler tells GeekWire. “We were growing sales but still too small. It takes time and a powerful sales channel to grow an education business. Rosetta, meanwhile, has a full operation that can take advantage of every aspect of our business. They will be rebuilding many of their products on our platform. It’s a significant reduction in time and cost to market for them.”

Here’s the message that Livemocha CEO Michael Schutzler sent out this morning about the deal:

Over the past five years, Livemocha has grown into a supportive, global community of over 16 million members, working together to learn, teach, and practice a new language. The learning experience that each of you creates makes Livemocha effective, meaningful, and fun.

We are passionate about building a world in which every person is fluent in multiple languages, and today, I am thrilled to announce that we have taken the next step towards that goal.

After months of hard work and preparation, Livemocha has agreed to merge with Rosetta Stone.

Rosetta Stone has built one of the most durable and well-known education brands in the world. They have created powerful technology-based language learning solutions that are the envy of the industry. By combining our strengths, our technologies, and our dedicated focus to serve you well, we will transform the world of learning.

Please rest assured that Livemocha will continue to be the learning experience, product, and community you know and love.  Indeed, Livemocha – in partnership with Rosetta Stone – will now offer more languages, add powerful new tools, and become available on more devices than ever before.  And, thanks to your feedback and the participation and the support of the talented team at Rosetta Stone, we will continue to roll out the brand new product experience that we have been building and testing over the past two years.  Stay tuned for more announcements soon!

We are and always will be committed to building a world without barriers.