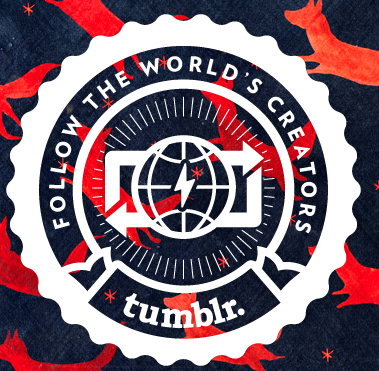 Where is Tumblr going to end up?

Reports have been circulating that the New York-based microblogging and social networking powerhouse is in the crosshairs of Yahoo, with a potential price tag hanging on Tumblr over $1 billion. Adding some mystique to the reports, Yahoo just announced that it plans to host a product related news conference on Monday in New York.

An invite sent to The Verge simply says: “Join us as we share something special.”

Hmmm… Could that be where the Tumblr deal gets announced?

But Forbes also is reporting that Facebook and Microsoft also have held conversations with the six-year-old startup, which boasts 108 million blogs and 175 employees. However, Forbes notes that Yahoo has already entered into a “lock-up” agreement with Tumblr, meaning that Yahoo would have first dibs.

Last December, Tumblr CEO David Karp told Forbes that he didn’t want to get “absorbed into a behemoth of another company and raided for talent and traffic.” However, he also said that they’d consider acquisitions in which they were able to operate as an independent entity.

If Yahoo gobbles up Tumblr, it would be the biggest bet yet for CEO Marissa Mayer and it could give the company a much-needed shot-in-the-arm in the coveted 18-34 year-old demographic.

Tumblr was reported valued at around $800 million in its last venture capital round, with revenue last year of $13 million.