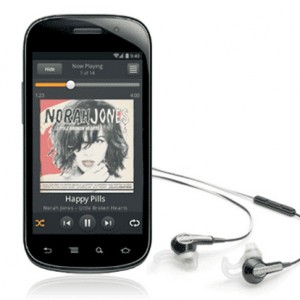 The music subscription business is a tough one, as evidenced by our report earlier today that industry pioneer Rhapsody continued to lose cash even as revenues hit a record of $143 million last year.  Despite the trials and tribulations of online music, Amazon.com appears poised to expand its efforts in the arena.

The Verge reports that Amazon.com is in informal talks with several music companies about launching a new subscription service. That would not only provide new competition for Rhapsody, but also music services such as Rdio and Spotify.

Of course, as an online retailer, Amazon.com is accustomed to operating businesses at large scale (and low margins). That could make the music business especially interesting to Jeff Bezos and crew.

Apple and Google also have been rumored to be dipping their toes deeper into online music services, and The Verge notes that “all the signs point to an arms race in the online music sector.”

Amazon is accustomed to those arms races, and actually seems to operate better when profit margins are relatively slim. The online retailer also has been expanding its digital music offerings in recent months through its Cloud Player service, which allows users to listen to their personal music collections across various devices.