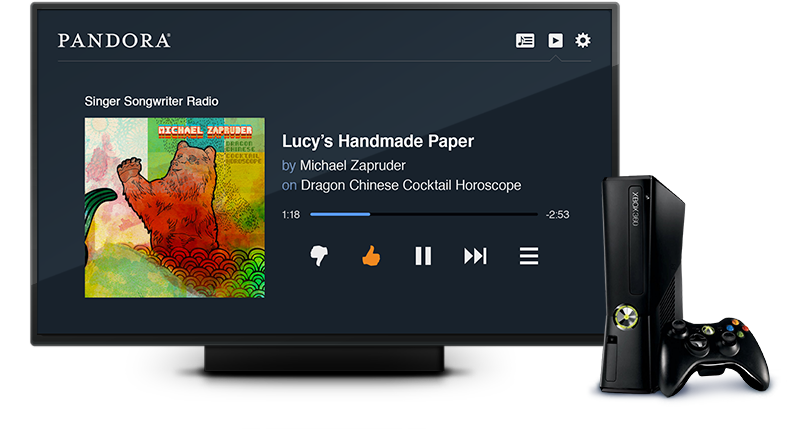 Internet radio giant Pandora announced a move into the living room today with the launch of tv.pandora.com, which is designed to bring the internet radio service direct to your television set without requiring a specialized app.

The service will allow users to do the same things they’re used to doing with Pandora, including creating new stations and accessing stations you’ve saved to your account.

Rather than building out different apps for the fragmented universe of internet-connected televisions, Pandora has built a browser-based solution with HTML5 to make development and maintenance of their TV service easier, and is banking on television and set-top box manufacturers to meet it on the web.

Because of that choice, the only way to access Pandora’s new venture is through the browser on an Xbox 360 or PlayStation 3. Pandora says in a blog post that they’re looking to expand “as more vendors bring standards-compliant TV’s and set top boxes to market in the coming months.”

To access the new service, point your console’s web browser to tv.pandora.com.