In an effort to spur startup growth, Oregon legislators just passed a bill that will help the University of Oregon and Oregon State University come together to pump out small companies based on research done at the schools.

Senate Bill 241 will create the South Willamette Valley Regional Accelerator and Innovation Network — also known as RAIN — that is backed by $3.75 million in state funding.

UO and OSU, along with the cities of Eugene, Springfield, Corvallis and Albany, will work with each other to create companies. The accelerator will have offices in Eugene (home of UO) and Corvallis (home of OSU).

“OSU and the University of Oregon have a combined, 10-year track record of creating more than 45 spinout companies and 600 jobs,” Sen. Lee Beyer said in a press release. “We think that’s just a fraction of the potential, and the RAIN initiative will ultimately have a significant impact on the Oregon economy.”

RAIN will give students a chance to be involved with accelerator projects and also help bring together already-existing entrepreneurial programs at each university. 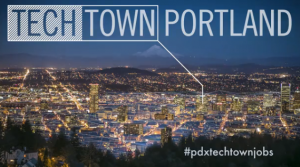 This news comes one week after Dino Vendetti, a former partner at Vulcan and exec at Metawave, raised $3 million of a $15 million fund for a new Bend, Ore.-based venture fund called Seven Peaks Ventures.

Portland, the state’s biggest city, is also growing rapidly as a startup hub. In fact, our GeekWire CEO of the Year Sam Blackman from Elemental Technologies told us that the Rose City is the next great startup mecca.

“In my opinion, if you are a software engineer graduating from college right now, there is no better city you can move to than Portland,” he said.

For more on why Portland is an awesome place for tech startups, check out this video.

Previously on GeekWire: VC investing tanks in Washington, overtaken by Oregon for first time since 1993