After months of speculation about a possible acquisition, traffic technology company Waze has found itself a buyer, and it’s Google. 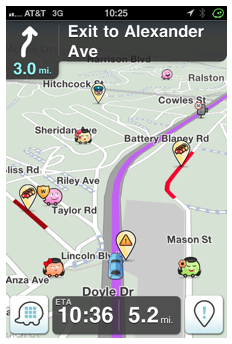 The search giant confirmed the news this morning in a blog post. A Google spokesman said via email that the company is not disclosing financial terms. Israeli business publication Globes reported over the weekend that it would be $1.3 billion, but a price that high would typically require disclosure by a public company such as Google.

Waze has distinguished itself with real-time crowdsourced information, taking reports from drivers who use its navigation apps, and using that information to help inform other users. Facebook was also reportedly interested in acquiring Waze, which may have driven the price up for Google. Tim Cook said Apple didn’t make a bid.

“The Waze product development team will remain in Israel and operate separately for now,” says Google “Geo” vice president Brian McClendon in the company’s post. “We’re excited about the prospect of enhancing Google Maps with some of the traffic update features provided by Waze and enhancing Waze with Google’s search capabilities.”

He adds, “We’ll also work closely with the vibrant Waze community, who are the DNA of this app, to ensure they have what’s needed to grow and prosper.”

In an unusual twist, one of the investors in Waze is Microsoft. The Redmond company declined previously to say whether it was bidding to acquire Waze.

Other companies in this area of the market include INRIX, the Kirkland-based traffic technology company that was initially launched based on technology licensed from Microsoft. INRIX has shown signs of heading toward a possible IPO.