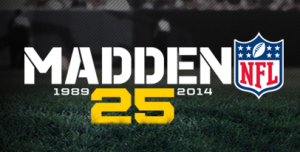 A jury ruled in favor of the original developer and programmer of EA’s massive Madden NFL franchise on Tuesday, awarding him would could end up being more than $11 million in damages.

Robin Antonick filed a lawsuit two years ago alleging that he was owed royalties on Madden games published by EA from 1990-1996. Antonick, who developed the original 1986 version of Madden NFL Football, signed agreements with EA that required the company to pay him royalties on future Madden titles and keep EA from using his confidential information.

Antonick claimed that EA owed him millions, and the jury ultimately agreed that the Madden titles on Sega Genesis from 1990-1996 were basically identical to Antonick’s original 1986 version of Madden NFL Football with similar plays and formations.

The jury’s ruling also opens up an opportunity for Antonick to pursue more damages for games published after 1996, which brought in much higher revenues of more than $3 billion.