The education space is a promising field that has garnered tons of investor attention. The numbers don’t lie: education technology raised $1.1 billion in 2012.

But can anyone predict what the world of education will look like by the year 2020? What should entrepreneurs be cautious of if they choose to enter this $600 billion business?

That’s the question five industry leaders pondered for nearly two hours Wednesday evening in front of about 100 people at Bellevue City Hall. The talk, put on by local non-profit entrepreneurial network TiE, focused on what the future of education could look like.

There were several interesting topics covered, but one overarching takeaway was this: If you’re going to get into ed-tech, you need to care about more than just the potential profits. There is certainly money to be made, but it’s similar to any startup — if you don’t have the passion, long-term success likely won’t happen.

“It’s hard to find public school teachers that are in it for the money,” moderator Shafeen Charania told GeekWire. “They were called to it. It came from the stomach and heart, not their wallet. As an entrepreneur in this space, one must have the same desire and intent.”

The two-hour discussion focused on various other ideas:

After the event, I asked each panelist the same question: What should entrepreneurs watch out for if they’re interested in entering the e-learning and ed-tech spaces?

Here’s what they had to say.

“For the first time, the Common Core standards create a nationwide market for entreprenuers in this space. In the past, we had to sell individually at each state and standards are different in each state. This has dramatically broadened the market and gives us a national market. I’d pay a lot of attention to how you can leverage Common Core-based instruction, assessment and most importanly the data that’s collected from other people’s products. I think there’s an entire business there. The Shared Learning Collaborative will collect all this data. There will be multiple businesses built on just analyzing that data.”

“Avoid death by pilot. Be sure you have a clear path to scale because success in one school or classroom rarely leads anywhere else and you might well get killed in the process by local implementation and support costs. Alternatively, insist on a minimum viable scale of implementation for your solution, such as a network or district.”

And have a pricing model. “Freemium” is very trendy but rarely leads to sustainability in a market subject to the sort of purchasing complexities that education is. Know from the get go how you intend to monetize your solution and plan to start charging for your service from day one.” 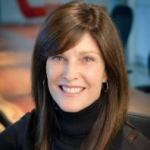 “Come up with a solution for a very specific problem. Just speak with passion and conviction but have some meat behind it. Even though the education space is huge and unyielding, in some ways it’s also a very small space. Superintendents know each other. If you can sell to a superintendent that’s a forward thinker and early adopter, they’ll evangelize for you if your product works. Get a product or a tool to someone and say, ‘We actually want to collect data. We want to know how it’s really working in the classroom and we’ll share that data back with you.’ If the data comes back and the teachers say thumbs down and don’t like it, you’ll have to bear the cost of that. But if the teachers say thumbs up, you’re going to give a superintendent information that nobody has given them before. Then they’ll say to another superintendent, ‘Hey, we’re using this great product.’

Superintendents are very risk-averse. They’ll often times call each other and ask each other what’s working. Often times, they’re not actually looking for research-based data, even though they say that. Give them what they need: info about why it’s working, whether the students are learning more and the teacher is satisfied — whatever you’re trying to solve — and you’ll then have 10 other superintendents wanting the info.”

You have to be very wired differently depending on which problem you want to solve. I would suspect there is more money in the district space, but when you look at research where money is spent, so much of that is on large pieces that include salaries, so there’s really very little data that can say which way is the winning way. At that point you have to decide where your passion is. Helping schools achieve their goals is just as worthwhile a challenge as helping people directly. I wouldn’t worry about which one is larger — I’d think about which one you actualy care about.

If you try to go through K-12 schools, you have to think about a whole myriad of different things: value for the students, the teacher, the administrator, the funding source that you want to have applied to this, the IT department who is implementing it, etc. If you haven’t thought through all of those things, it is going to fail. This requires some pretty detailed thinking. The barrier becomes trying to get in front of the right audiences to complete that cycle all the way through.

It’s also important to think about partnership strategies like the Gates Foundation with the SLC. Think about who the other industries that compliment your particular value are that you could have that partner channel strategy with.

Also, focus on pilots. This is an open industry — they like to try stuff. As soon as that becomes your opportunity, design the pilot easily enough so you can take advantage of any door that opens and see if it works.”

“The best way to effect attention is to capitalize where there is pain or challenge. When I was at Microsoft, we looked at several different countries and asked teachers and administrators if there was one thing they could have today, what would it be? The leading answer was time. If I were looking at that, given the stress that teachers will go through to try to adapt and accommodate the advent of Common Core standards, I’d look at ways to help them bridge the gap between their current learning stanrads they are obligated to teach to and the Common Core, in a way that makes them more efficient and effective.

Also, the nature of education is that it must be utterly democratic and the lowest common denominator has to apply. I would look at the denominator where the benefits simply aren’t there. That’s where the teacher and school is most concerned. They are measured based on how they bring everybody to a higher standard. The less able are the ones that have the greatest effort needed. If I were innovating, I’d look there.

I’d also look at children who have IEP. The state and federal government funds that child in the schools at twice the rate of typically developing children. There are not enough resources yet available for those kids to help them and their parents. This area is particularly interesting because the parents generally are very passionate about their child and very strong advocates of their child. If I were an entrepreneur looking in that space, I’d look at both helping the parent help the child and helping the school help the child.”

“Don’t wait. Start now. Experiment rapidly. Move fast. And don’t aim for funding. Aim to solve a problem that you are passionate about. Everything else will follow your passion.”

Previously on GeekWire: Here comes another tech bubble — in education