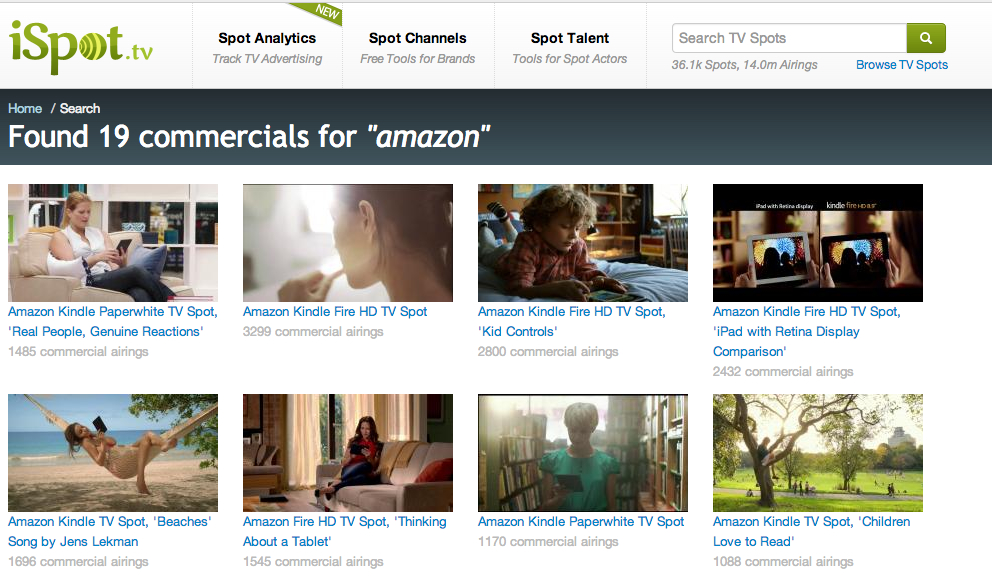 Sean Muller didn’t have to raise cash for his fast-growing Seattle area startup iSpot.tv. After all, the 15-person company — which measures thousands of TV commercials and provides competitive intelligence to advertising agencies and cable networks — has been signing up big-name customers like ESPN, Jos. A Bank and GroupM at a rapid clip in the past few weeks.

In fact, the 18-month-old company was on the brink of profitability when Muller decided to bring in some cash, which he’s announcing today with a $5 million series A round from Madrona Venture Group and TL Ventures.

“We actually were funded just fine with the cash flows of the business, and we just raised this capital to really accelerate the expansion,” said Muller, the former chief technology officer at Demand Media. “Now, we are going to step on the pedal.”

That acceleration includes a big boost in hiring, including ramping up a sales force. Muller also said he wants to keep in front of potential rivals, some of whom see the potential to provide better analysis of TV commercials.

iSpot.tv charges anywhere from $1,000 to $10,000 per month for its service, which uses audio and video fingerprinting technologies to monitor, tag and analyze TV commercials in real time. That sort of market intelligence can be pure gold for marketers, allowing them to track competitors or gain insights into specific ad campaigns. The iSpot.tv technology can also help marketers figure out when and where commercials are running, and how much is being spent. For example, ESPN could monitor which ad campaigns are shifting to NBC Sports.

The Bellevue-based company also has technologies to analyze how consumers interact with TV ads.

Of course, providing data on TV commercials is not a new business, with big measurement firms like Kantar Media and Nielsen controlling much of the market. Interestingly, Kantar just this week unveiled a new product dubbed Kantar Media Audience Advisor, which uses data from set top boxes to provide analysis on TV viewership, including commercials.

Those companies have been around for a long time, and Muller said they are built on “antiquated” technologies written more than 15 years ago.

“The data that those systems supply is about two to three weeks delayed, and that’s being generous,” he said. “What we’ve done is build a modern platform that’s able to give advertisers, agencies and networks a real-time view into the TV advertising world.” 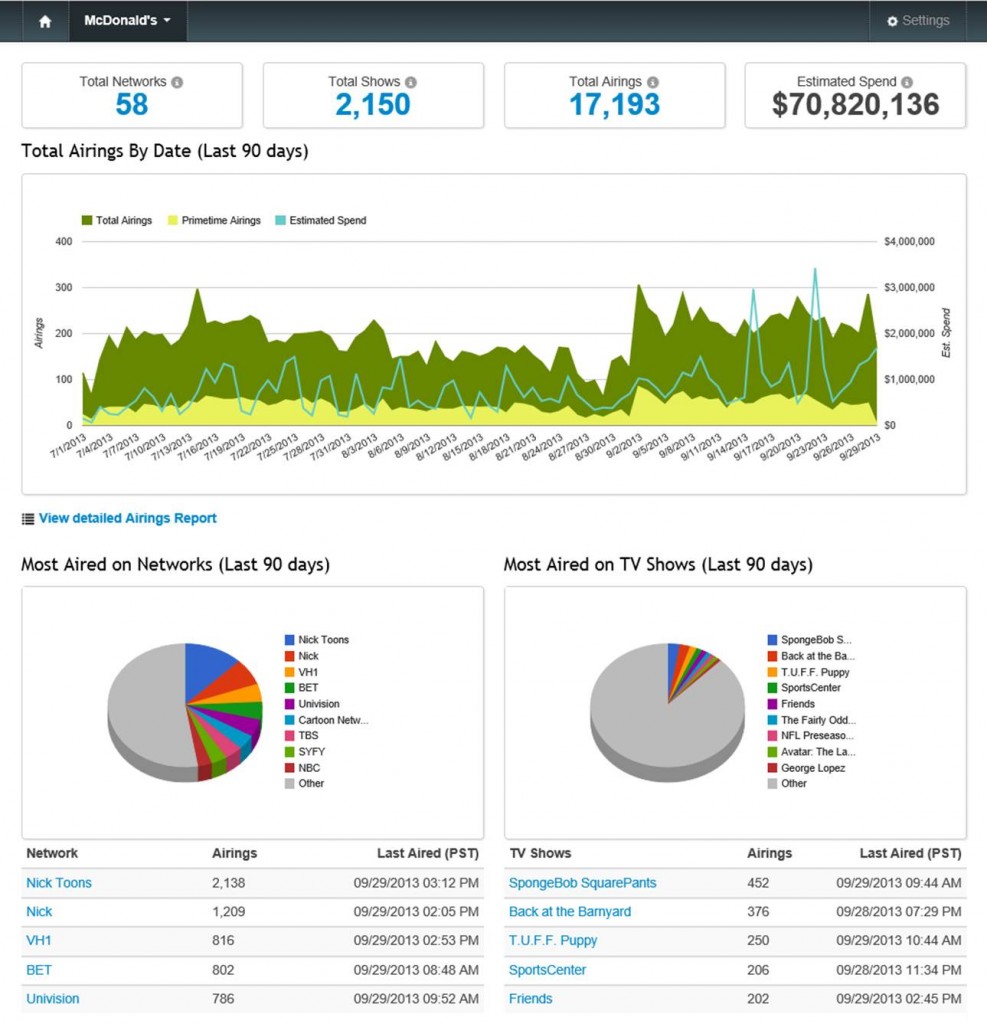 Muller said that iSpot.tv’s big advantage over his rivals is speed, adding that his team can ingest data by monitoring Comcast and DirecTV feeds directly. That compares to others who rely on third parties for the data, a slower and more expensive proposition.

“We analyze information and extract information on our own, and we have a big editorial team that basically tags a bunch of metadata around each ad,” said Muller, adding that they tag everything from actors to scene locations to songs used in the ads. iSpot.tv’s closest competitor was BlueFin Labs, which was acquired by Twitter for a reported price of $90 million this year.

iSpot.tv has a few other products in the works, though Muller declined to go into detail, saying only that they’ve got a much “bigger play” around how consumers interact with ads. Asked whether their technology eventually could tell whether the Crest or Colgate toothpaste ad was performing better, Muller simply said: “We can, but I can’t tell you much about it until next month.”

“At this point, nobody — that we are aware of — has the capabilities that we have.”

iSpot.tv’s search technology worked well when I gave it a spin on Monday evening. The search box asks users to enter a brand, product, celebrity or scene.

I first tried a search for Brad Pitt, and in seconds I was looking at commercials with the Chanel No. 5 spokesman, complete with the number of airings. Of course, Brad Pitt is a household name, so I decided to go for something a bit more obscure: GeekWire.

As our loyal readers know, GeekWire — along with the super inspirational “Geek of the Week” Bill Sleeper — was mentioned in a national Best Buy ad campaign last holiday season.

Was iSpot.tv smart enough to pick up that reference?

Amazingly, it passed with flying colors, finding two ads in which GeekWire was referenced last year.

That sort of detail is attracting a consumer audience as well, with about 1.3 million monthly unique visitors checking out TV commercials on iSpot.

But the bigger play here is providing real-time advertising data to big brands and networks, something that iSpot has proven that people are willing to pay for. iSpot has already attracted 40 paying customers in just three months, including folks like Bob Ivins of the media agency Mindshare.

“iSpot’s ability to collect real-time data around national TV campaigns and surface up actionable insights is unprecedented and it gives our clients a distinct advantage,” he said.

Madrona’s Len Jordan has joined the board as a result of the investment, joining Donuts CEO and former eNom CEO Paul Stahura and Moz CTO Anthony Skinner as directors.